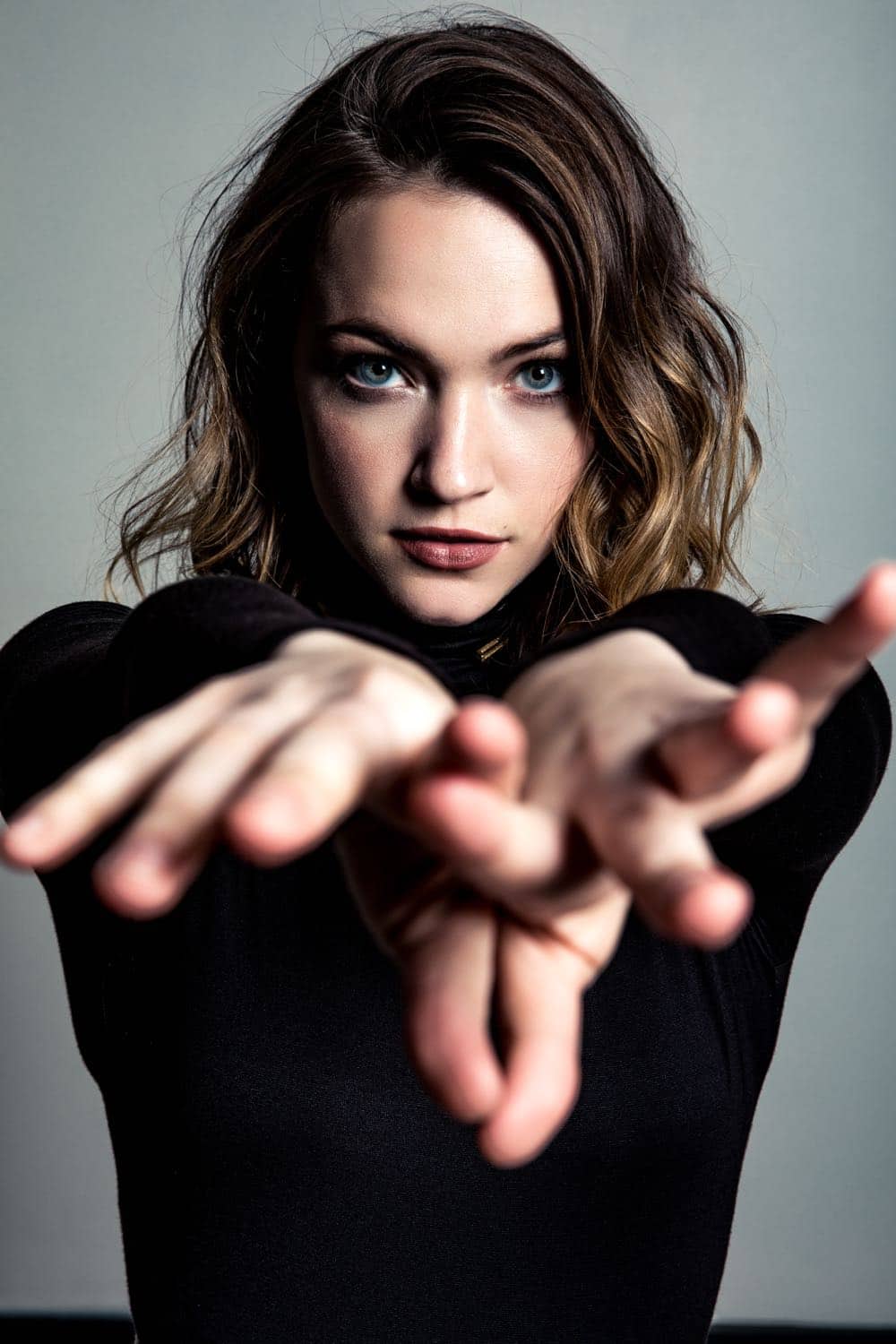 When not portraying speedster Jesse Quick on the CW’s THE FLASH, Violett Beane is heating up the silver screen. Eager to expand her blossoming career and play a bit in the genres, Violett’s latest role ventures into the horror realm, a playground she is happy to give a whirl in the bit of thrill-fest film “Truth Or Dare.” In an exclusive interview, Violett previews her role in “Truth Or Dare” and also reflects a bit about where her career is at as she grows as a young actor in Hollywood.

What was the initial appeal for you about portraying Markie Cameron and working on “Truth Or Dare”?
VIOLETT: Markie seems like a hot mess on the outside, but throughout the film you uncover why she acts out the way she does and what she’s really dealing with. I love any character with depth, and she has been really interesting to play.

How would you describe who Markie is in the film?
VIOLETT: Markie is Olivia’s best friend and Lucas’s girlfriend. She has a lot of trust issues mainly because her father recently committed suicide. As the game begins to tear the friend group apart, Markie takes it especially hard, feeling like her friends are betraying and lying to her.

What do you most admire about her?
VIOLETT: I admire that Markie ultimately opens her heart by the end of the film and allows the trust and love she had for Olivia to reform. Watching all of your friends die is not an easy task and I think Markie is able to push through.

How would you describe “Truth Or Dare” for viewers interested in the film?
VIOLETT: “Truth or Dare” is a fun night out. Grab a bunch of friends and head to the theatre, some might be scared, some might cry, all will laugh.

What is it like working alongside the talented ensemble on “Truth Or Dare”?
VIOLETT: Everyone on the cast and crew was so phenomenal. The cast really bonded right off the bat and we still all hang out, so it never really felt like work.

Do you have any favorite scenes that you can share from working on the film?
VIOLETT: I loved all the big group scenes in the beginning of the film. They were fun because none of the characters had died yet and they all were just enjoying their spring break!

How would you describe the Markie and Olivia and Lucas dynamic through the film?
VIOLETT: There’s definitely a little triangle happening between them. I love how the game gets right in the middle of it and makes it even more confusing and messed up.

As an actor, what has been the one thing you have taken away from the experience of working on “Truth Or Dare”?
VIOLETT: To have fun and be in the moment! It was such a great set to be on and we wrapped in 25 days. I constantly miss the energy from that set.

You also work on THE FLASH. What have you enjoyed about working on that show?
VIOLETT: Playing a superhero is probably the coolest thing you could ever do (next to being an actual superhero). Jesse Quick is such a strong powerful chick, and playing her has been insanely rad!

What have you taken away from that acting experience on THE FLASH?
VIOLETT: THE FLASH was kind of my first big set, so I have learned a lot since starting that project. I’ll never forget my very first day, I was so nervous and kept forgetting my lines. Tom Cavanagh could tell and he was so sweet, and helped me through it. I hope throughout my career, I can do the same for new actors. It’s irreplaceable.

What has surprised you most about your career so far?
VIOLETT: I guess I would have to say how quickly things have been moving. I really only started focusing on acting 3 or 4 years ago and it feels like I’ve been in a whirlwind since I started. It’s amazing and chaotic, but I love the insanity!

At this stage of your career, what do you think you have learned from the roles and projects you have worked on?
VIOLETT: That every person and every character is unique. It can be really easy when you’re forming a character to get stuck in a stereotype but you have to remember that everyone you meet is going through something, just like every character.

At a time when women’s voices are rising to be heard and respected around the country and world, what do you recommend your fans do to lend support in that endeavor?
VIOLETT: Praise the women in your life. This world was built off the backs of women and continues to stay afloat because of them. We need to listen to our mothers and grandmothers and allow them the space to speak up!

You have a PETA campaign called “All Animals Have The Sam Parts coming out. Why was it important for you to be involved?
VIOLETT: It’s important for me to raise the level of consciousness we have for what we put in our bodies or on them, what companies and beliefs we are supporting. This campaign has been a really unique way of expressing that for me and showing that whether it’s a dog, a cow, a pig, or a human, we all have the same pets and deserve respect and compassion.

Do you have any other upcoming projects that you can share that fans should keep an eye out for?
VIOLETT: I recently filmed a pilot for CBS called GOD FRIENDED ME, so fingers crossed it gets picked up. And if you haven’t seen Truth or Dare yet, get out there!

Link to our prior spotlight on Violett Beane for her role on THE FLASH:
https://seat42f.com/the-flash-scoop-interview-with-violett-beane.html

Violett Bean appearance on DTLA for “Truth Or Dare”: