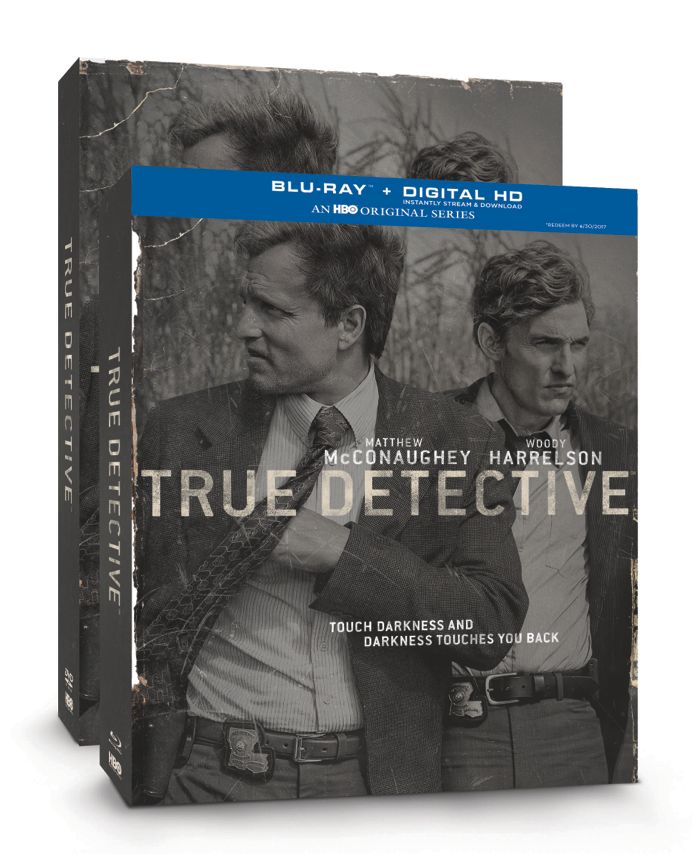 Special features for both the Blu-ray & DVD releases include:
Making True Detective – A behind-the-scenes look at production on the hit series, featuring interviews with cast and crew and including never-before-seen footage from Episode 4.
Up Close with Matthew McConaughey and Woody Harrelson – Exclusive interviews with the stars about filming the series.
A Conversation with Nic Pizzolatto and T Bone Burnett – An in-depth discussion with the series writer/creator/executive producer and the legendary composer on both the series and the pivotal role music played in the show’s development.
Inside the Episode – Series creator/executive producer/writer Nic Pizzolatto and director Cary Joji Fukunaga discuss character development and offer insights into each episode of the series.
Two audio commentaries  –  Featuring  series creator/executive producer/writer Nic Pizzolatto, composer T Bone Burnett and Executive Producer Scott Stephens
Deleted Scenes  –  Never-before-seen episodic footage from the series