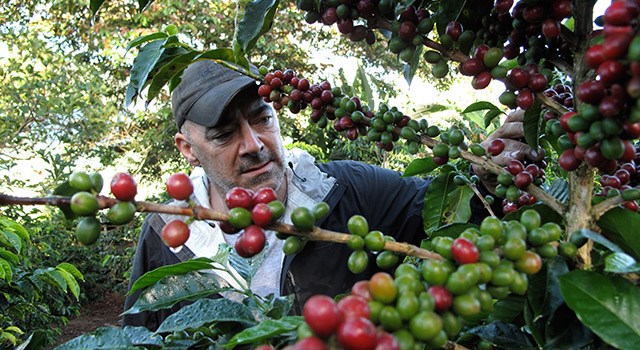 Travel Channel announces the renewals of four popular series, expanding its first quarter 2014 programming slate. They include: season six of “Bizarre Foods America” with Andrew Zimmern; the second season of “Dangerous Grounds” with Todd Carmichael; season four of “Hotel Impossible” with Anthony Melchiorri; and season six of “Mysteries at the Museum” hosted by Don Wildman. This is in addition to the previously announced renewals of season three of “Toy Hunter” with Jordan Hembrough; and season three of “Trip Flip” with Bert Kreischer. The Network has also greenlit productions of 13 half-hour episodes of the new original series “Chow Masters,” produced by Paperny Entertainment; and the return of the successful second annual multiplatform programming event, “The Trip: 2014,” a one-hour special produced by High Noon, featuring Samantha Brown, Anthony Melchiorri, Adam Richman and Don Wildman.

“2014 will be an exciting year of new and returning programs for the Network. Our robust programming slate will be anchored by many of our popular returning original series and a lineup of distinct shows that resonate with our viewers,” said Andy Singer, General Manager, Travel Channel.

Chef Sammy DeMarco and best friend/Hollywood director Frank Coraci hit the road to find the tastiest and most creative comfort food in America. City by city, their quest takes them “off the map” searching for the three most innovative and delicious twists on comfort food classics. The chow buddies sample the entries and judge which contender will win a $10,000 cash prize and the Golden Skillet award.

This second annual one-hour special explores the ultimate experiences in a specific region of the world. “The Trip: 2014” will feature Travel Channel hosts Samantha Brown, Anthony Melchiorri, Adam Richman and Don Wildman as they take viewers on a once-in-lifetime trip through Spain and Morocco. One lucky winner and a companion will win the exclusive opportunity to experience this envy-inspiring itinerary.

In the sixth season of “Bizarre Foods America” with Andrew Zimmern, the widely recognized host explores the surprising and unusual ways we feed ourselves in this country. From forward-thinking innovators that challenge the way we view food to traditionalists keeping the old ways alive, Zimmern’s advice remains the same: “If it looks good, eat it!” “Bizarre Foods America” will return to the network with eight all-new one-hour episodes and is produced by Tremendous! Entertainment.

Entrepreneur and adventurer Todd Carmichael returns for a second season of “Dangerous Grounds,” hunting down delicious strains of coffee in some of the most dangerous places on the planet. As owner of La Colombe Torrefaction, the company he started in the 1990s with just a few dollars in his pocket, Carmichael’s business supplies direct-trade coffee to some of the top chefs and hotels in America. His biggest challenge is to make sure he delivers the best coffee beans to his clients, which just happen to grow in some of the riskiest parts of the world. “Dangerous Grounds” will return to the network with eight all-new one-hour episodes and is produced by Nancy Glass Productions.

Hotel “fixer,” Anthony Melchiorri returns for a fourth season to turn struggling hotels into bustling tourist destinations. Each episode features a hotel either not living up to its potential, or on the verge of closing. For some hotel owners, this is their last hope. “Hotel Impossible” will return to the network with 13 all-new one-hour episodes and is produced by Atlas Media Corp.

“Mysteries at the Museum”

In the sixth season of “Mysteries at the Museum,” the series continues to span the country, exploring local archives, storefront collections and the hallowed halls of stately institutions, to uncover the objects and artifacts that reveal the nation’s hidden secrets. History explorer and museum enthusiast Don Wildman scours a range of museums in search of extraordinary relics at the heart of tales that shock and amaze. “Mysteries at the Museum” will return to the network with 13 all-new one-hour episodes and is produced by Optomen Productions, Inc.

Back for its third season in 2014, “Toy Hunter” continues to follow acclaimed toy and collectible expert Jordan Hembrough as he travels across the country buying and selling great iconic toys. This new season will feature more celebrities as the scope of this toy hunter’s travels expands beyond basements and attics, and takes him to bigger conventions, more Comic-Cons, and even overseas. “Toy Hunter” will return to the network with 13 all-new half-hour episodes and is produced by Sharp Entertainment.

Professional fun-seeker Bert Kreischer gets two random people to spontaneously agree to a surprise adventure in the third season of “Trip Flip.” Kreischer delivers an action-packed and customized itinerary stacked with the kind of VIP-access, accommodations, gourmet food, unexpected twists and celebrity appearances that only Travel Channel can deliver. “Trip Flip” will return to the network with 13 all-new half-hour episodes and is produced by High Noon for Travel Channel.