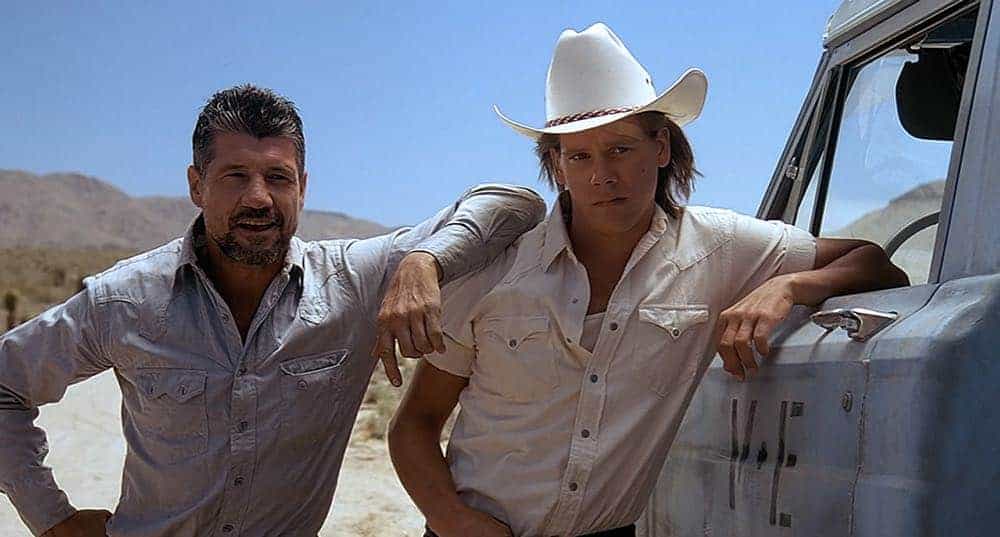 The Tremors TV series was set to pick up 25 years after the first attack, with the return of those killer Graboid worms. Bacon’s character, Valentine McKee, must overcome his own personal struggles to defeat them again, and this time, he’s joined by P.J. Byrne (Big Little Lies), Hunter Parrish (Weeds), Ebonée Noel (Wrecked), Brandon Jay McLaren (Ransom), and Haley Tju (Bella and the Bulldogs).

Byrne will play a real-estate agent who survived the original Graboid attack and is determined to return Perfection, Nevada. Parrish is the leader of a tribe of pot growers intrigued by the “spiritual energy” of town. Noel plays Zoe, a character with precognitive abilities who also seems drawn to the “energy” of the town. McLaren’s character represents “The Man” in town, making him not well-liked. Tju will play Perfection’s badass drug smuggler.

#Tremors Sad to report that my dream of revisiting the world of Perfection will not become a reality. Although we made a fantastic pilot (IMHO) the network has decided not to move forward. Thanks to our killer cast and everyone behind the scenes who worked so hard. And always keep one eye out for GRABOIDS!