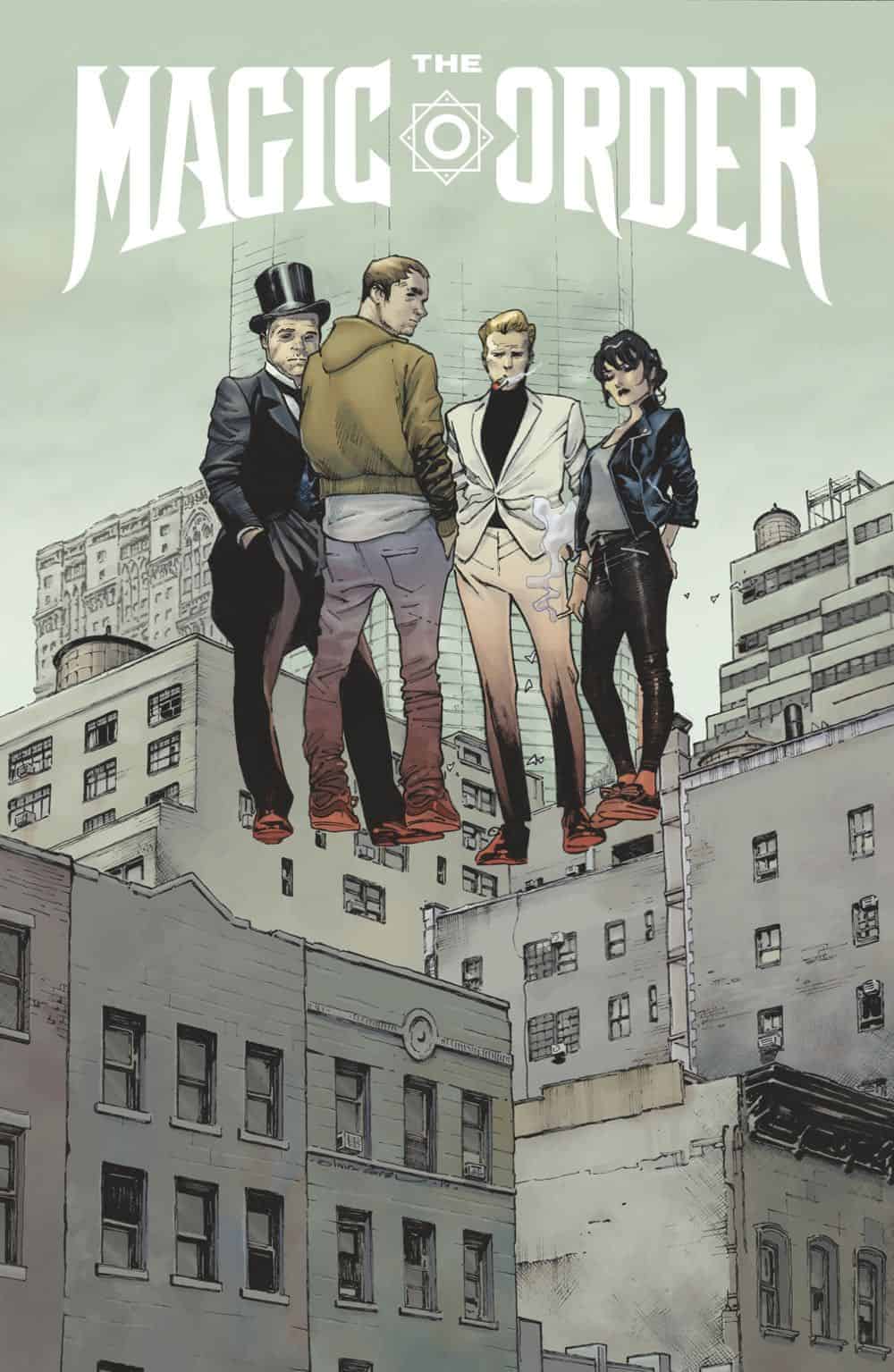 Netflix today unveiled the official trailer for its first comic book — The Magic Order, written by Mark Millar with art from Marvel superstar artist Olivier Coipel (Thor, The Avengers, The Amazing Spider-Man). This series will be six issues long and will be available for sale in comic stores beginning June 13. The launch of The Magic Order marks the first franchise Millar has created as part of the recent acquisition of Millarworld by Netflix, the world’s leading Internet entertainment service.

About The Magic Order

We live in a world where we’ve never seen a monster and these people are the reason we sleep safely in our beds. Magic meets the mob in The Magic Order, as five families of magicians sworn to protect our world for generations must battle an enemy who’s picking them off one by one. By day they live among us as our neighbors, friends and co-workers, but by night they are the sorcerers, magicians and wizards that protect us from the forces of darkness…unless the darkness gets them first.

Netflix is the world’s leading internet entertainment service with 109 million members in over 190 countries enjoying more than 125 million hours of TV shows and movies per day, including original series, documentaries and feature films. Members can watch as much as they want, anytime, anywhere, on nearly any internet-connected screen. Members can play, pause and resume watching, all without commercials or commitments.

About Mark Millar and Millarworld

Millarworld, a subsidiary of Netflix, is an entertainment company run by Mark and Lucy Millar. Millarworld’s comic book franchises, like Wanted, Kingsman, Huck, Reborn, Empress, Kick-Ass, Jupiter’s Legacy and many others, have achieved huge success as global franchises ranging across publishing, cinema, clothing, video-games and toys over the past fourteen years. In his years at Marvel, Mark wrote some of the biggest-selling books of this generation, massively influencing the Marvel Cinematic Universe. His book, The Ultimates, was