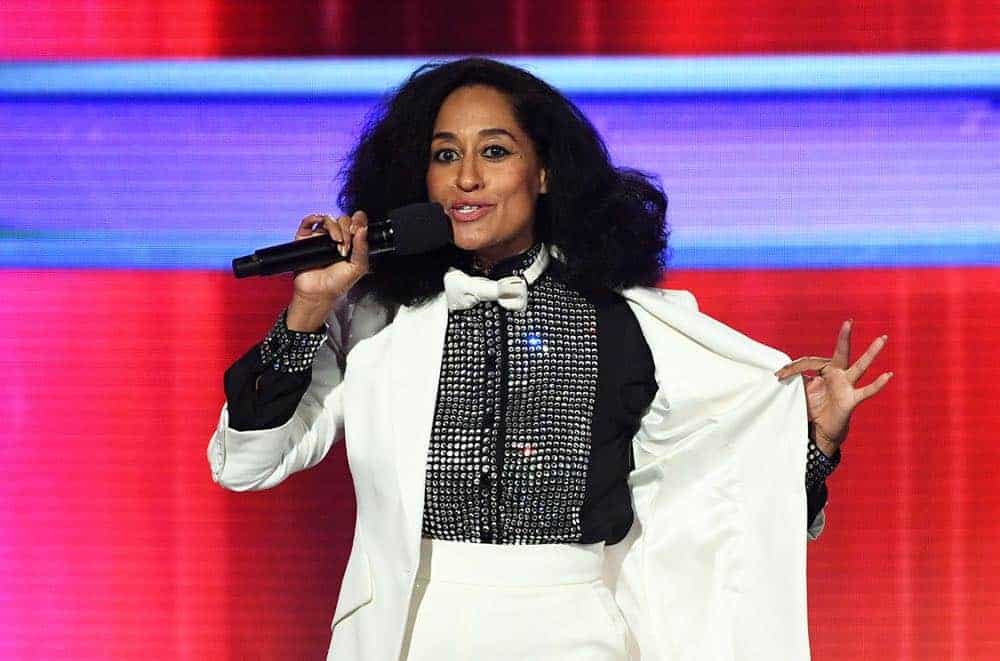 Dick clark productions and ABC announced today that Golden Globe(R) Award winner and Emmy(R) nominee Tracee Ellis Ross, star of ABC’s hit comedy “black-ish,” will return as host and an executive producer for the “2018 American Music Awards.” Known for her love of music, impeccable comedic timing and bold sense of style, Ross will once again take the stage to preside over an evening of nonstop musical magic and unforgettable moments. The “2018 American Music Awards,” the world’s largest fan-voted awards show, will broadcast live from the Microsoft Theater in Los Angeles, Tuesday, Oct. 9 at 8:00 p.m. EDT, on ABC.

Tracee Ellis Ross is the star of the hit ABC comedy series “black-ish,” which is entering its fifth season premiering Tuesday, Oct. 16. For her role, Ross won the 2017 Golden Globe Award for Best Performance by an Actress in a Television Series – Musical or Comedy. Most recently, Ross was nominated for a 2017 Emmy Award for Outstanding Actress in a Comedy Series. This followed her 2015 and 2016 Emmy nominations in the same category. She also received the 2015 and 2016 NAACP Image Award for Best Actress in a Comedy Series. In addition, Ross was honored and acknowledged at the 2016 ESSENCE Black Women in Hollywood luncheon receiving the Fierce and Fearless Award. Ross is known for her starring role on the hit sitcom “Girlfriends,” which ran for eight seasons on the UPN/CW Network.

Nominations for the “2018 American Music Awards” will be announced live by Kane Brown, Ella Mai, Normani and Bebe Rexha on Wednesday, Sept. 12, from YouTube Space LA in Los Angeles. American Music Awards nominees are based on key fan interactions as reflected in Billboard Magazine and on Billboard.com, including album and digital song sales, radio airplay, streaming, social activity and touring. These measurements are tracked by Billboard and its data partners, including Nielsen Music and Next Big Sound, and reflect the time period of Sept. 15, 2017, through Aug. 9, 2018.

About the American Music Awards

The American Music Awards, the world’s biggest fan-voted award show, features performances from today’s hottest artists and presents fan-voted awards in the music genres of Pop/Rock, Alternative Rock, Country, Rap/Hip-Hop, Soul/R&B, Adult Contemporary, Contemporary Inspirational, Latin, EDM and Soundtrack, and the categories of Artist of the Year, New Artist of the Year Presented by Capital One, Collaboration of the Year, Tour of The Year and Video of the Year. The American Music Awards pays tribute to today’s most influential and iconic artists. The show is produced by dick clark productions and is seen in more than 200 countries around the world. For more information, visit www.theamas.com, www.dickclark.com or abc.go.com/shows/american-music-awards.

YouTube Music is a completely reimagined streaming music service with music videos, official albums, singles, remixes, live performances, covers and hard-to-find music you can only get on YouTube. It’s ALL here! YouTube Music serves music based on your tastes and what’s moving the community around you. Discover something new or keep up with what’s trending. Basic functions such as playing music and watching videos are totally free, but you can upgrade to YouTube Music Premium to explore the world of music ad-free, offline, and with the screen locked. Available on mobile and desktop. For additional information, visit www.youtube.com/musicpremium.