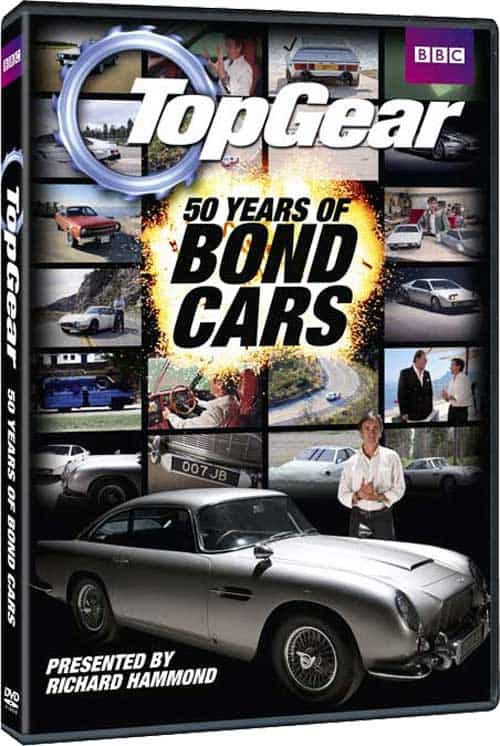 Seat42f and BBC Home Entertainment have teamed up to give THREE lucky winners a copy of TOP GEAR: 50 YEARS OF BOND CARS on DVD. For a chance to win leave a comment below telling us why you want to add TOP GEAR: 50 YEARS OF BOND CARS to your DVD collection. Only one entry per person. Contest ends February 15th. Winners will be notified on February 17th via email so make sure to use a valid email address when you post your comment.

In the history of cinema, no international secret agent has been more closely associated with cars than Bond, James Bond. Alongside the gadgets, the women and the evil masterminds, Bond’s cars are one of the vital ingredients that have made his films a spectacular success. Top Gear: 50 Years of Bond Cars premiered in the US on BBC AMERICA and now speeds its way to DVD. Top Gear presenter Richard Hammond celebrates 50 years of Bond films in this special episode, revealing the engaging behind-the-scenes stories of Bond’s most iconic cars, including the Goldfinger Aston Martin DB5 and the Lotus Esprit submarine car. International icon Roger Moore takes us through the era of Bond’s greatest car stunts, while Richard gets in on the action with ‘Bond Car On a Budget’ by building his own invisible car and Lotus submarine – with frighteningly low resources.