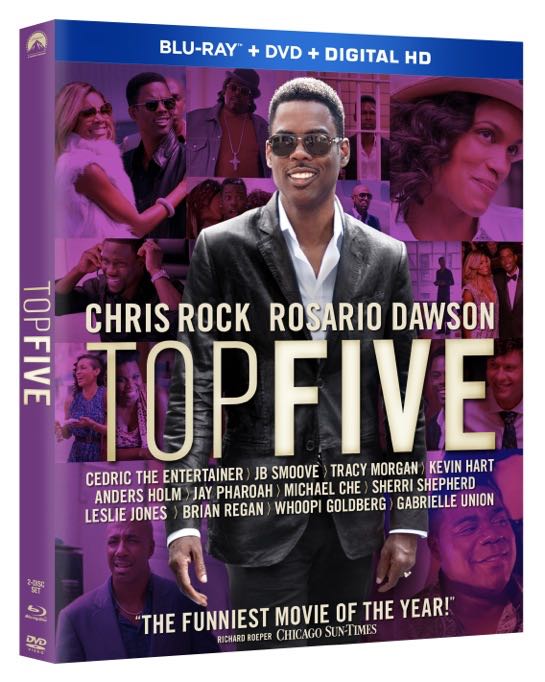 Seat42f and Paramount Home Entertainment have teamed up to give THREE lucky winners a copy of TOP FIVE on Blu-ray/DVD Combo Pack. For a chance to win leave a comment below telling us why you want to add TOP FIVE to your movie collection. Only one entry per person. Contest ends March 30th. Winners will be notified on March 31st via email so make sure to use a valid email address when you post your comment.

Hailed by critics as “authentically hilarious” (Peter Travers, Rolling Stone) and “fast and blisteringly funny” (Manohla Dargis, New York Times), TOP FIVE follows Andre Allen (Rock), a former stand-up legend who returns to New York to promote his latest film on the eve of his wedding to a self-absorbed reality TV star (Gabrielle Union). While wandering the city with a mysterious and charming journalist (Rosario Dawson), Allen confronts his past and contemplates his future through a series of riotously funny encounters. The film features a phenomenal all-star cast including Kevin Hart, Cedric the Entertainer, Tracy Morgan,