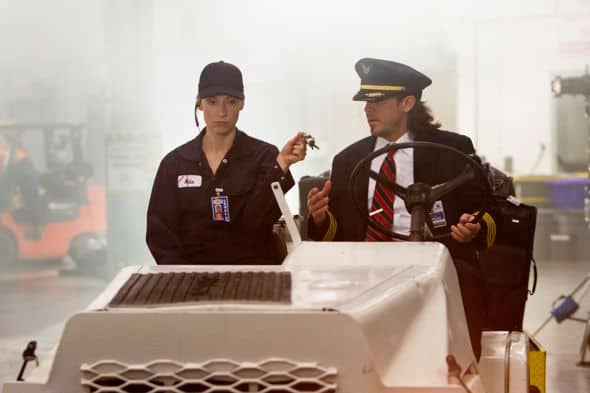 Over the span of three seasons, Angie Harmon and Sasha Alexander have proven that two heads are better than one in this Top 5 drama series. As Boston detective Jane Rizzoli and medical examiner Maura Isles, the pair share a quirky chemistry and put away some of Boston’s most notorious criminals. Developed by Janet Tamaro from the popular characters created by best-selling author Tess Gerritsen, Rizzoli & Isles is produced for TNT by Warner Horizon Television, Janet Tamaro’s Hurdler Productions and Bill Haber’s Ostar Productions.

Television’s coolest gang of thieves, grifters and con artists are back to close out the fifth season of this fast-paced, light-hearted caper series from blockbuster executive producer Dean Devlin’s Electric Entertainment. Academy Award(R) winner Timothy Hutton stars, along with Gina Bellman, Christian Kane, Beth Riesgraf and Aldis Hodge. Together, they attempt to take down those who would use wealth and power to take advantage of others.

This January, TNT is going to usher in the New Year with a whole new wave of back-stabbing, plot-scheming, black-mailing fun as the hit drama series Dallas returns for its second season. The exciting drama stars three iconic figures from the original series: Patrick Duffy, Linda Gray and Larry Hagman. They are joined by the next generation, played by Josh Henderson, Jesse Metcalfe, Jordana Brewster and Julie Gonzalo. The series also stars Brenda Strong, Mitch Pileggi and Emma Bell. Produced by Warner Horizon Television, TNT’s Dallas burst onto the scene this past summer with an average of 6.1 million viewers. It currently ranks as basic cable’s #1 new drama for the year-to-date with key adult demos.

Special Programming Note: TNT will build up to the season 2 premiere of Dallas with two days of episodes from the first season on Saturday, Jan. 26, and Sunday, Jan. 27.

TNT’s critically acclaimed police drama takes viewers directly to the streets of LA to present an intensely personal, first-person look at cops and detectives on the beat. The extraordinary show – starring Michael Cudlitz, Shawn Hatosy, Regina King and Ben McKenzie – has redefined the police drama genre with a raw, authentic look at the lives and work of detectives and beat cops. Southland is from John Wells Productions in association with Warner Bros. Television.

Special Programming Note: TNT will lead into the season 5 premiere of Southland with a marathon of memorable episodes on Wednesday, Feb. 13.

This gripping new series follows the men and women of the Boston Police Department, encompassing multiple units including the exclusive and highly decorated Gang Unit. Featuring detectives, investigators, beat officers, and others, we get an up close and personal look at what it takes to patrol and secure one of America’s greatest and most distinctive cities. Boston’s Finest (working title) comes to TNT from Jarrett Creative Group, along with executive producer Donnie Wahlberg’s Donnie D. Productions.