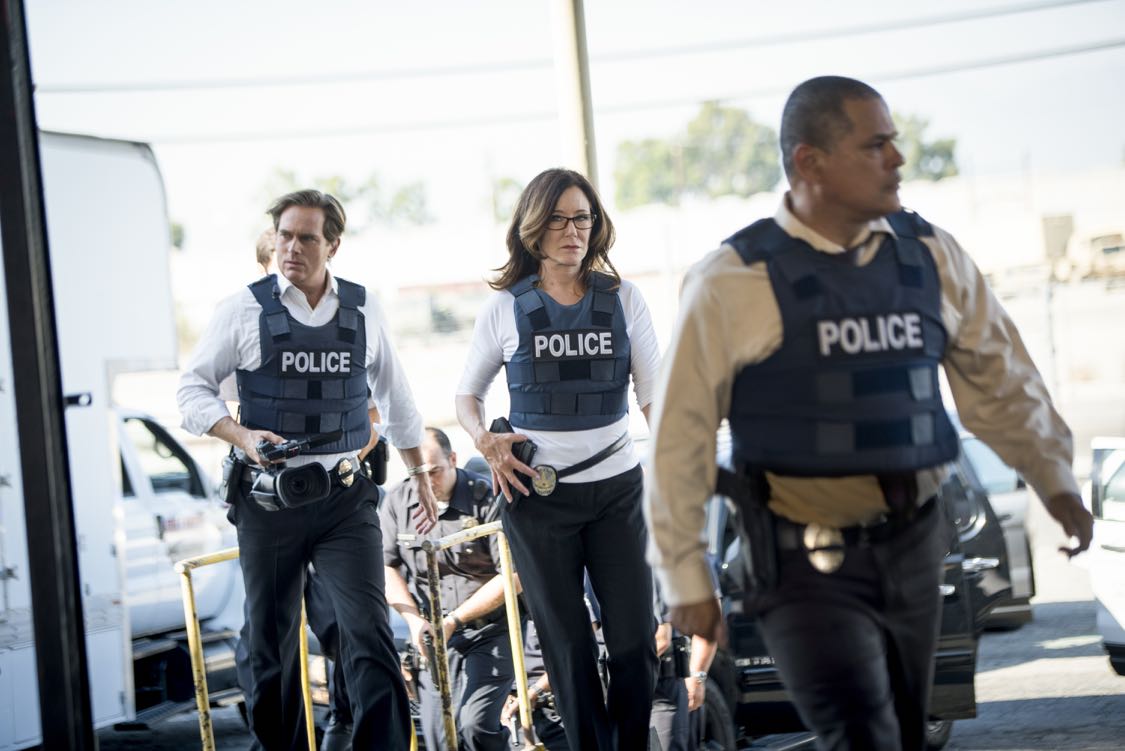 This past summer, Major Crimes reached an average of 10 million viewers per episode across TNT’s multiple platforms and finished the third quarter ranking as one of cable’s Top 10 dramas with adults 18-49. Initially launched as a follow-up to TNT’s long-running hit The Closer, Major Crimes quickly established itself as a must-see drama in its own right. In its first season, it ranked as cable’s #1 new drama of 2012, and it has remained among the most-watched dramas on cable ever since.

In the upcoming run of episodes, the squad will move inexorably to fill the vacant Assistant Chief post that Fritz Howard has been temporarily filling, a position that Sharon is considered for as well – whether she likes it or not – creating tension within the department. In addition, Sanchez will try once again to become a father; Flynn and Sharon will continue down the path to matrimony; Provenza will consider retirement; Rusty will intern for DDA Hobbs as he looks toward attending law school when he graduates from UCLA; Buzz will attempt to help the family of the man who murdered his father; Sykes will confront an old foe in Mark Hickman; Tao will be instrumental in solving a case dealing with plastic explosives; and Dr. Morales joins the squad for the entire investigation of a very personal mystery.

This spring, Major Crimes will mark a significant milestone for members of the cast and production team who have been working together since the very first episode of The Closer. With the Major Crimes season finale in April, they will celebrate their 200th episode together.