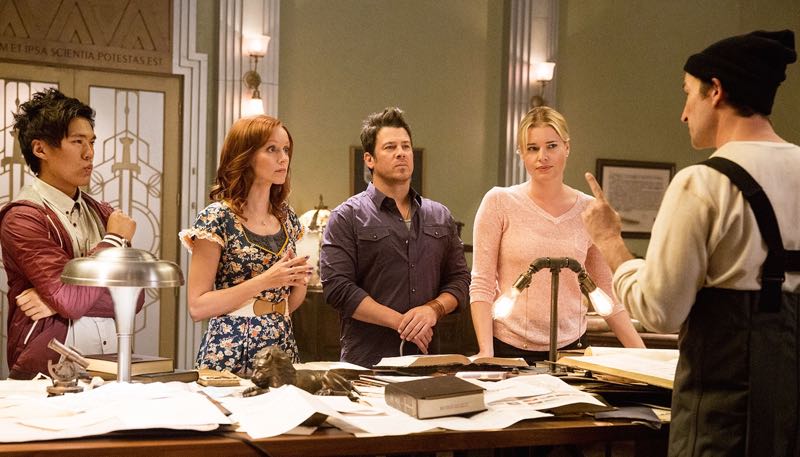 TNT has renewed its hit fantasy-adventure The Librarians. One of the hottest new shows on cable, The Librarians burst onto the scene with a chart-topping launch in December and went on to finish the year as basic cable’s #2 new series of 2014, second only to TNT’s The Last Ship. The show’s success extends across TNT’s multiple platforms, with each week’s episode reaching an average of 11.4 million viewers through linear telecasts, DVR playback and VOD, digital and mobile viewing. TNT has ordered 10 episodes for the second season, which is slated to launch later this year.

Based on TNT’s hit movie franchise, The Librarians centers on an ancient organization hidden beneath the Metropolitan Public Library dedicated to protecting an unknowing world from the secret, magical reality hidden all around. Rebecca Romijn (X-Men), Christian Kane (TNT’s Leverage, Angel), Lindy Booth (Dawn of the Dead, The Philanthropist) and John Kim (Neighbors, The Pacific) star in the series as the newest protectors of the world’s mystical treasures, with Emmy(R) winner John Larroquette (Night Court, Deception) as their reluctant caretaker. Noah Wyle (Falling Skies, ER) recurs as Flynn Carsen, the role he played in TNT’s movie trilogy.