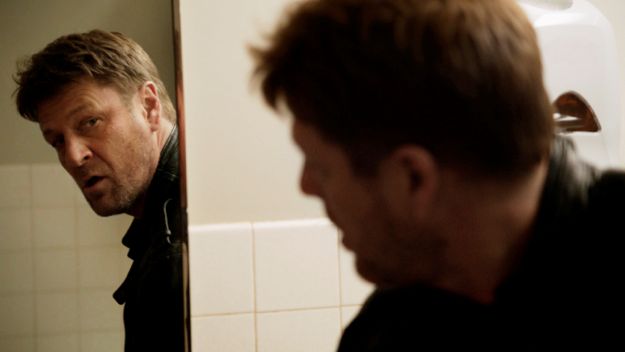 TNT has greenlit the suspenseful spy drama Legends, starring Screen Actors Guild Award® winner Sean Bean (Game of Thrones, The Lord of the Rings). TNT has ordered 10 episodes of the series, which is being produced by Fox 21. Howard Gordon (Homeland, 24), Alexander Cary (Homeland, Lie to Me) and Jonathan Levin (Charmed) serve as executive producers, along with showrunners Ethan Reiff and Cyrus Voris, the creators of Sleeper Cell. Jeffrey Nachmanoff (Traitor, The Day After Tomorrow) and Mark Bomback (LIve Free or Die Hard) serve as consulting producers. The pilot was directed and executive-produced David Semel (Heroes, Person of Interest) and written by Nachmanoff, who developed the story with Gordon and Bomback.

Set to premiere on TNT in 2014, Legends is based on the award-winning book by master spy novelist Robert Littell, whose CIA novel The Company served as the basis for TNT’s acclaimed 2007 miniseries. In Legends, Bean stars as Martin Odum, an undercover agent working for the FBI’s Deep Cover Operations (D.C.O.) division. Martin has the uncanny ability to transform himself into a completely different person for each job. But he begins to question his own identity when a mysterious stranger suggests that Martin isn’t the man he believes himself to be.

Legends also stars Ali Larter (Heroes) as Crystal Quest, a fellow operative who has a history with Martin and is uneasy about his return to D.C.O.; Rob Mayes (The Client List, John Dies at the End) as Troy Quinn, a former Special Ops agent with a single-minded mission-first mentality; Tina Majorino (Grey’s Anatomy, True Blood) as Maggie Harris, the newest member of the DCO team; Steve Harris (The Practice, Awake) as Nelson Gates, the director of the DCO Task Force; and Amber Valletta (Revenge) as Sonya Odum, Martin’s ex-wife; and Lux Haney Jardine (Abraham Lincon: Vampire Hunter) as Martin’s pre-teen son, Aiden.

“Legends has everything you want in a good spy drama: intriguing characters, multi-layered plots, a terrific cast and lots of action and suspense,” said Michael Wright, president, head of programming for TNT, TBS and Turner Classic Movies (TCM). “At the center of it all is Sean Bean, giving an outstanding performance in an extremely complex and difficult role. We are very excited to work with Howard Gordon and his fellow executive producers, who have put together a truly extraordinary drama.”