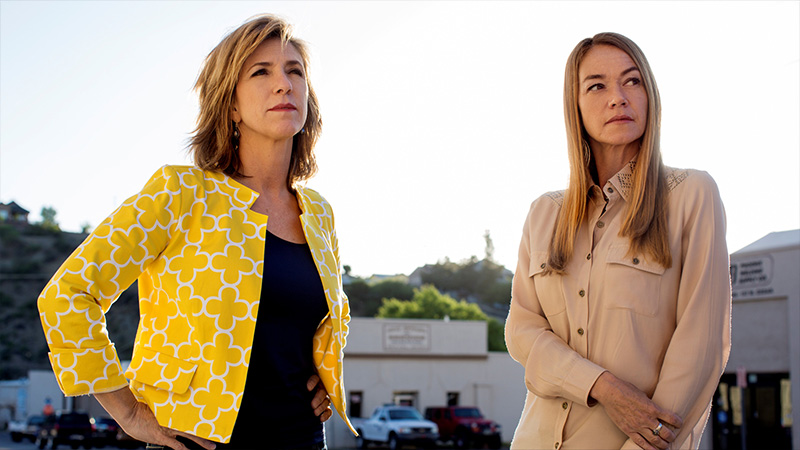 TNT is expanding its real-life investigation series Cold Justice into a franchise. The network has given the greenlight to an untitled spinoff from Wolf Reality and Magical Elves. Like its predecessor, the new series will follow a pair of crime experts as they travel the country to assist local law enforcement in closing long-unsolved cases. Rather than tackling homicides, however, the new series will focus on sex crimes.

TNT’s new Cold Justice spinoff is an extremely timely series, especially in light of the sobering statistics for sex-related crimes in America*:

Each year, there are approximately 240,000 survivors of sexual assault in America, including men, women and children.

Every two minutes, someone is sexually assaulted in the United States.

Across the country, 400,000 rape kits are going unprocessed because of a lack of funding necessary to test them.

Approximately 97% of sexual assailants never spend a day in jail.

To combat these numbers and bring justice to the survivors of sexual assault, former Harris County, Texas, prosecutors Casey Garrett and Alicia O’Neill are travelling to small towns around the country to help local law enforcement close cases that have sat dormant for years.

Garrett, a protégé of Cold Justice’s Kelly Siegler, has been first chair in more than a hundred criminal trials as both a prosecutor and defense attorney. She is also a recipient of the C. Chris Marshall Award for Excellence in Training by the Texas District and County Attorneys Association. O’Neill, who also worked with Kelly Siegler in Harris County, is a forensics expert with specialized training in DNA analysis. Both O’Neill and Garrett succeeded in having a pair of wrongful convictions overturned in the high-profile cases of two men who had been imprisoned for years for sexual assault.

“This new Cold Justice series on sex crimes is about the healing that can come for survivors and their loved ones when an assailant is finally brought to justice,” said Kelly Siegler. “But it’s also about the bravery it takes for survivors of sexual assault to come forward and tell their stories, which in turn helps investigators close cases that can prevent the assailant from abusing others. As one of our detectives puts it, ‘When you kill someone, you take their life. When you rape someone, you take their soul.’ We hope that Casey, Alicia and their team of investigators are able to bring first-hand justice and maybe even a small sense of peace to the survivors of sexual assault.”

TNT’s Cold Justice premiered in September 2013 and follows former prosecutor Kelly Siegler and former crime-scene investigator Yolanda McClary as they look into murder cases in which the trail to find the culprit has gone cold. Since the show’s premiere, Siegler and McClary have assisted local law enforcement in securing a total of 19 arrests, 10 criminal indictments, four confessions, three guilty pleas and two convictions.