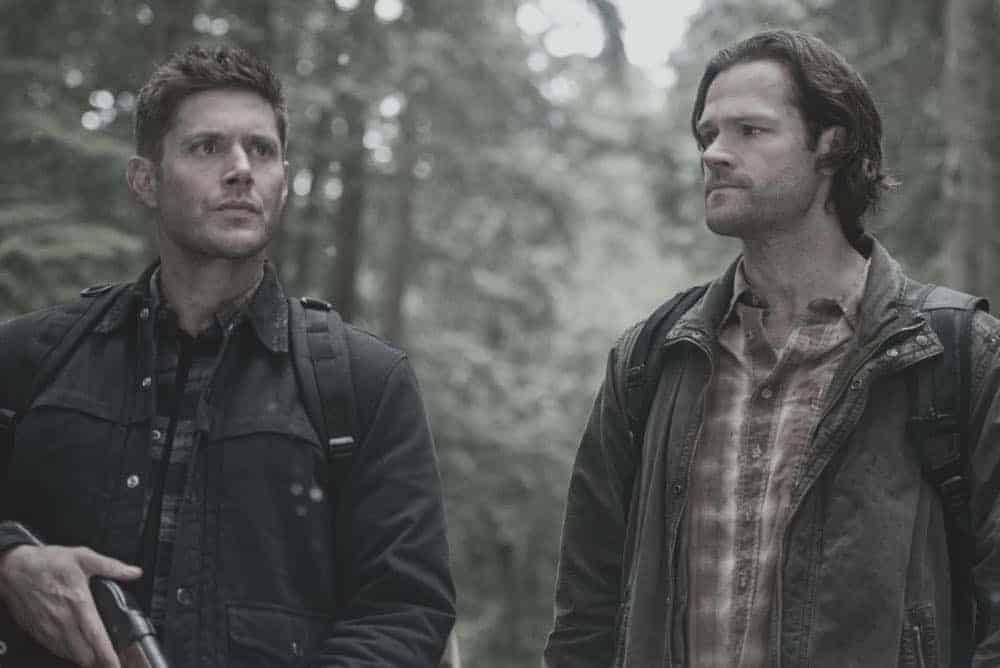 This Halloween, TNT is bringing fans spooks, chills and thrills with an all-day Supernatural marathon, starting at 8:00 a.m. to 8:00 p.m., spanning four seasons of the most terrifying episodes from the fan-favorite series. From hauntings to ghosts, zombies and even Bloody Mary, TNT is your destination for getting into the Halloween spirit.

In the series, Sam Winchester (Jared Padalecki) and Dean Winchester (Jensen Ackles) lost their mother to a mysterious and demonic supernatural force twenty-six years ago. Subsequently, their father John raised them to be soldiers. He taught them about the paranormal evil that lives in the dark corners and on the back roads of America … and he taught them how to kill it.

Episode 4.07 – “It’s the Great Pumpkin, Sam Winchester”
8:00a.m.-9:00 a.m. ET/PT
Sam and Dean meet Castiel and his fellow angel Uriel, who warn the brothers to avoid intervening in a town where a witch is attempting to summon the demon Samhain, opening one of the Seals.

Episode 3.13 – “Ghostfacers”
11:00a.m.-12:00p.m. ET/PT
While investigating the haunted Morton Mansion, Sam and Dean run into a couple of familiar faces and become inadvertent participants in a new reality show named Ghostfacers. As events turn deadly and the team are trapped in the house, the investigation becomes a battle to survive until morning.

Episode 1.01 – “Pilot”
12:00p.m.-1:00p.m. ET/PT
Sam is about to graduate from college and has an interview set up to join one of the most prestigious law schools in the country.

Episode 2.04 – “Children Shouldn’t Play with Dead Things”
1:00p.m.-2:00p.m. ET/PT
Dean and Sam investigate the death of a young college student who died in a car accident, but whose grave is now surrounded by a circle of dead plants.

Episode 1.19 – “Provenance”
2:00p.m.-3:00p.m. ET/PT
The Winchesters must deal with a dangerous spirit bound to an old family portrait that brings misfortune and death to anyone who buys it.

Episode 2.11 – “Playthings”
3:00p.m.-4:00p.m. ET/PT
Sam and Dean investigate a Connecticut inn run by a single mother where mysterious deaths are taking place. They find evidence of Hoodoo, and try to figure out who is causing the chaos.

Episode 1.15 – “The Benders”
4:00p.m.-5:00p.m. ET/PT
Dean searches for Sam when he is kidnapped by a backwoods family who likes to hunt humans and use their body parts as trophies.

Episode 3.02 – “The Kids Are Alright”
5:00p.m.-6:00p.m. ET/PT
Sam and Dean track down Changelings that are pursuing mothers and their children. A boy they protect bears a strange resemblance to Dean, which at first makes Dean uncomfortable because he once had a one-night stand with the boy’s mother Lisa.

Episode 4.11 – “Family Remains”
6:00p.m.-7:00p.m. ET/PT
Sam and Dean investigate a house occupied by a female ghost, but when a new family moves in things take a turn for the worse.

Episode 1.05 – “Bloody Mary”
7:00p.m.-8:00p.m. ET/PT
A man dies of a stroke in front of a mirror but Sam and Dean believe something, or someone else (Bloody Mary), may be behind his death. Dean tries to help Sam open up about his girlfriend’s death, particularly after Sam lets it slip that there’s some information that he hasn’t told Dean.