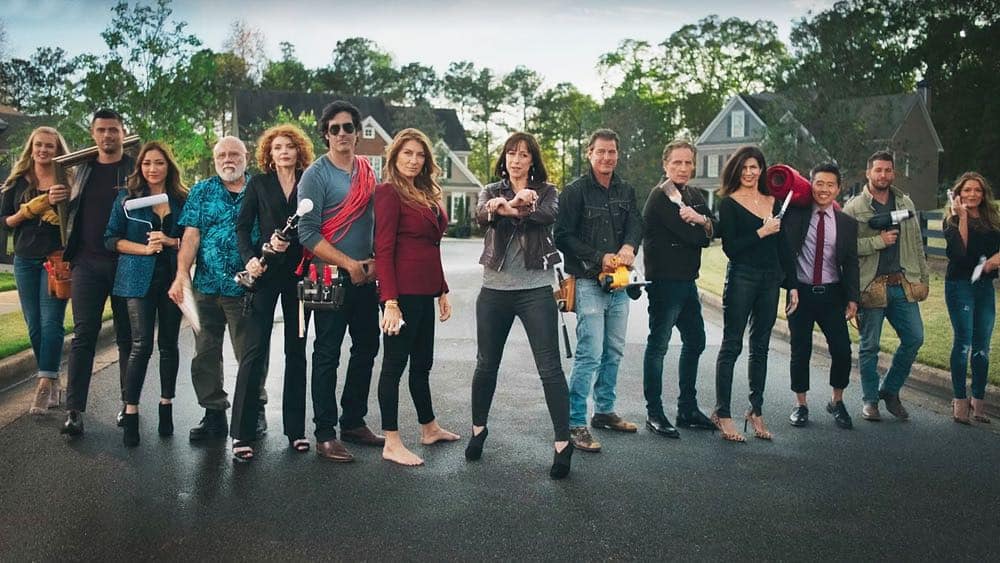 Weekend DIY warriors rejoice! TLC announced today that TRADING SPACES, the home makeover phenomenon that started it all, has been renewed for a second season, its 10th season overall.

“The response to the revival of TRADING SPACES, from longtime devotees to newfound superfans alike, has been seismic, and we are proud to continue the celebration in 2019,” said Howard Lee, President and General Manager of TLC, in making today’s announcement. “We look forward to our designers and carpenters bringing more color, design risk and most of all, fun, into homes across the country in the upcoming season.”

The return season of TRADING SPACES currently ranks #1 in cable in its premiere time period among key women W25-54/18-49 demos. Driven by TRADING SPACES, TLC ranked as the #2 cable network on Saturday night with W25-54 in 2Q18 to-date.

The series finale will air on June 2nd and feature legacy designer Doug Wilson, new designer Kahi Lee along with carpenters Brett Tutor and Joanie Sprague redesigning rooms in Atlanta. For those interested in the opportunity to be a part of the upcoming season, please go to http://www.tlc.com/casting.

TRADING SPACES was the first home makeover series of its kind and launched a generation of shows to follow in the television home design genre. Two sets of neighbors trade rooms for two days and, with the help of a designer and carpenter makeover a room with a budget of $2000.

Join the conversation on social media by using the hashtag #TradingSpaces, ‘Like’ the Trading Spaces Facebook page, and watch more video on TLC.com/TradingSpaces.