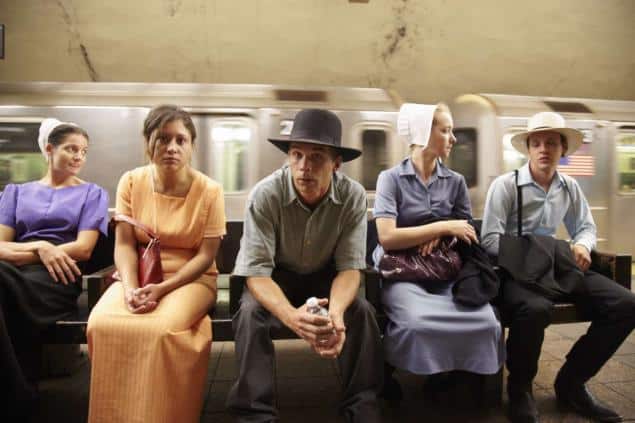 In season one of BREAKING AMISH, TLC introduced viewers to five young men and women who chose to leave their sheltered Amish and Mennonite lives to experience New York City together for the first time. TLC has now picked up a second season and is currently in production shooting eight hour-long episodes. In season two, Abe, Rebecca, Kate, Sabrina and Jeremiah reunite expecting to make a fresh start in Florida, but instead find more culture shock, unexpected enemies, and surprises from family members with their own agendas. Season one of BREAKING AMISH rated as the network’s best performing freshman  series ever with an average of 3.2M P2+ viewers.

Season two, set to premiere in May 2013, includes more love triangles, dramatic moments between the roommates, a number of surprise visits, financial woes, and major career decisions as this group tries to acclimate to their new “English” lives in yet another unfamiliar city.

BREAKING AMISH is produced by Hot Snakes Media for TLC.