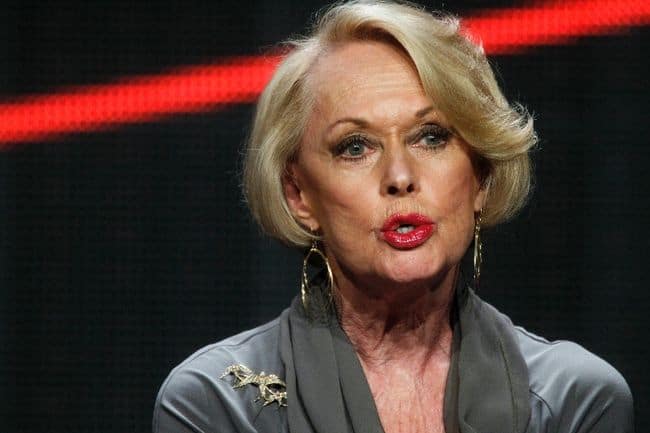 Golden Globe®-winning actress Tippi Hedren is set to guest-star on TBS’s original comedy series Cougar Town. Set to launch its fourth season on Tuesday, Jan. 8, at 10 p.m. (ET/PT), Cougar Town stars Courteney Cox as Jules Cobb, a recently remarried mom who is never far from her wine and her group of friends, known as the “cul de sac crew.”

In the season four finale of Cougar Town, the cul de sac crew scheme to capture Tippi Hedren to cheer up Jules’ dad, Chick. From harassing a tour guide to stalking Tippi’s home, the crew will stop at nothing for Chick to have a glass of champagne with one of his favorite stars.