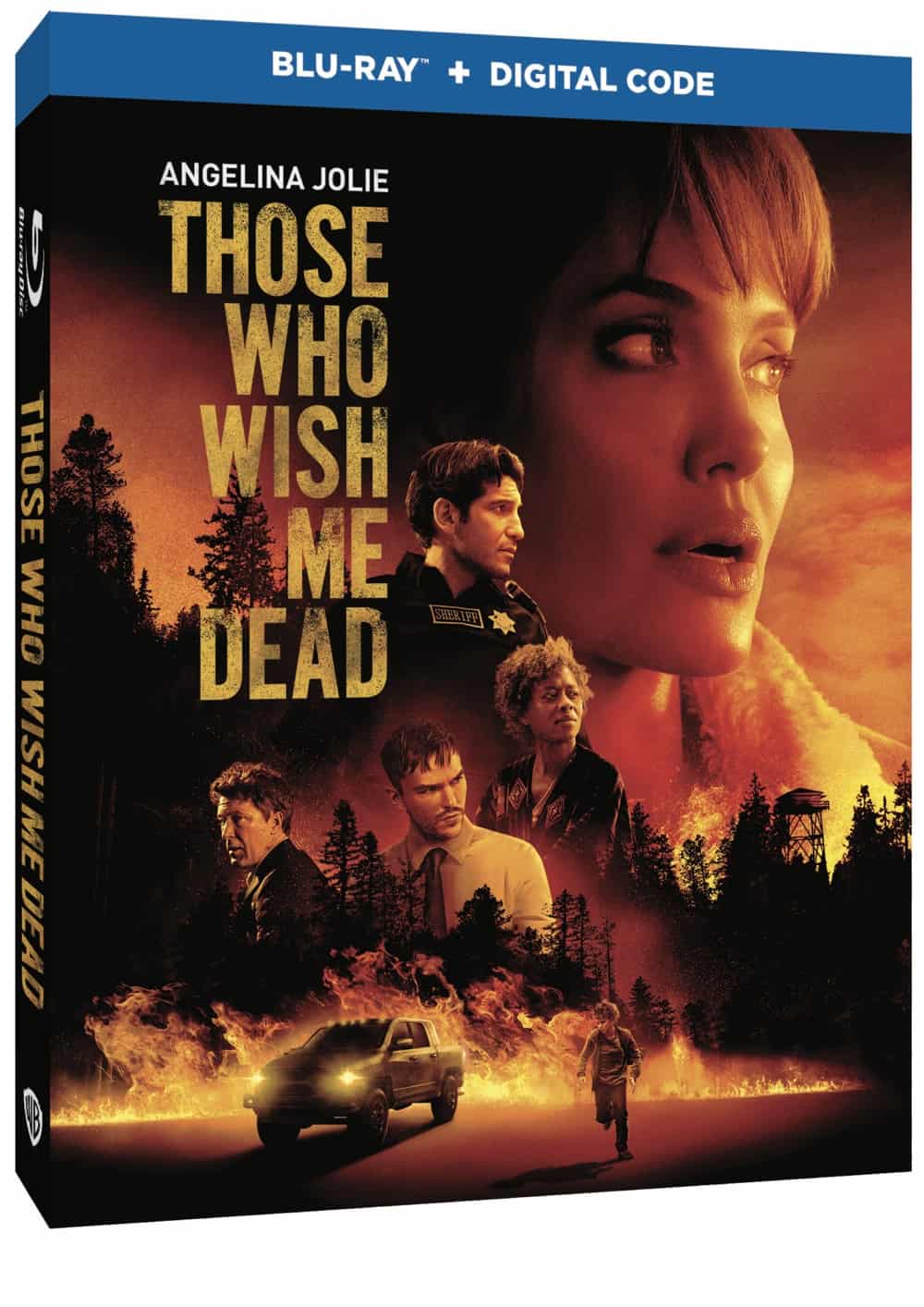 Oscar winner Jolie stars as Hannah, a smoke jumper reeling from the loss of three young lives she failed to save from a fire. When she comes across a bloodied and traumatized 12-year-old boy, the two set out together to cross miles of thick forest. Braving deadly lightning storms that challenge even Hannah’s well-honed survival skills, they’re unaware of the true dangers they face as they’re hunted by two killers while a massive fiery blaze heads straight for them.

“Those Who Wish Me Dead” Blu-ray includes the following special feature:

“Those Who Wish Me Dead” DVD includes the following special feature:

Rating: Rated R for strong violence, and language throughout.

About “Those Who Wish Me Dead”

New Line Cinema presents a BRON Studios/FILMRIGHTS Production, in Association with Creative Wealth Media, a Film by Taylor Sheridan, “Those Who Wish Me Dead.”