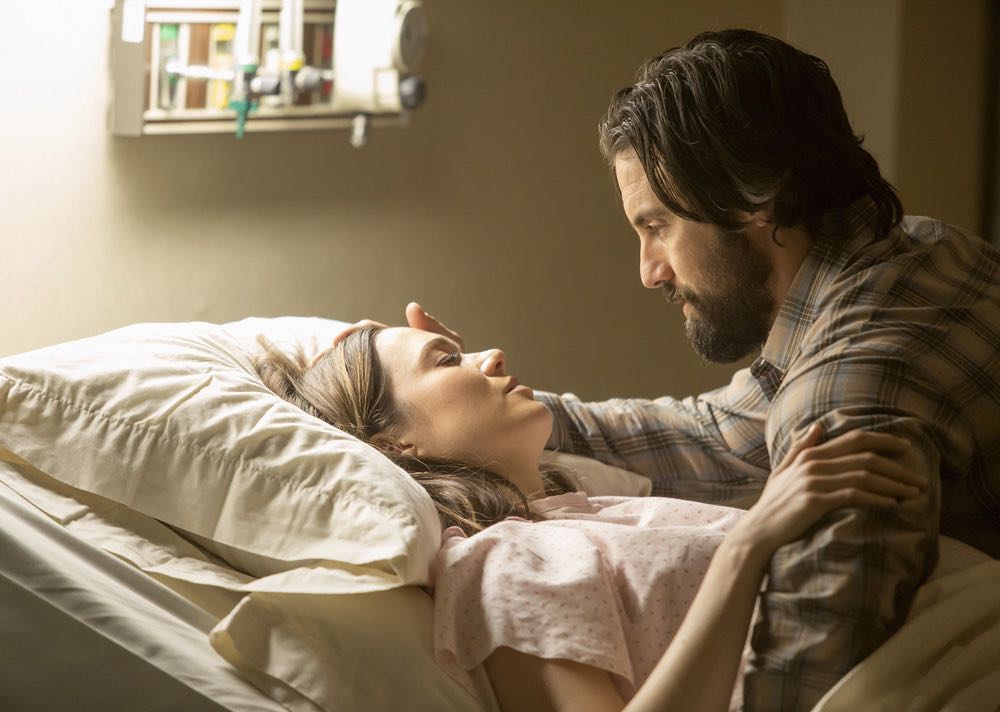 Are you missing Parenthood? NBC must understand because, while the Bravermans are not slated to return any time soon, a new drama looking to fill that place in your heart is on its way. Called THIS IS US, it’s far from a clone of that wonderful, much-missed series, but it does tug at many of the same emotional heart strings as a number of stories play out.

At the onset, we are introduced to four individuals who share a birthday, all turning thirty-six. There’s: Kevin (Justin Hartley, Smallville, The Young and the Restless), an actor frustrated with a sitcom that has made him a star, but that he considers beneath him; Kate (Chrissy Metz, American Horror Story: Freak Show), an extremely overweight woman who is desperately trying to lose the pounds; Randall (Sterling K. Brown, The People v. O.J. Simpson: American Crime Story), an adopted man seeking the druggie father who abandoned him (Ron Cephas Jones, Mr. Robot); and an expectant father, Jack (Milo Ventimiglia, Heroes, Gilmore Girls), whose wife, Rebecca (Mandy Moore, Tangled), is going into labor with triplets.

The above plot threads may seem carefully calculated to tug at the heart strings, and they probably are. After all, drama writers have to know how to write drama that will land with viewers. Yet, it doesn’t feel forced, the performances of all lending themselves to a very authentic-seeming story with a bunch of people you will quickly come to care about. Like the best of the primetime stuff, it can be a bit more than the normal person goes through, but it avoids the soapy ridiculousness of the more comedy-leaning programs.

There are supporting characters, too, as there must be to keep the stories going. In the core cast is Randall’s wife, Beth (Susan Kelechi Watson, Louie), and a love interest for Kate, fellow fat support group member Toby (Chris Sullivan, The Knick). The latter gets more development initially, and he has some rough edges, but I think both will be fine players in future installments, which will surely use them as more than just small, side parts.

Clearly present are strong themes of family and acceptance, the two main viewpoints expressed, and ones worth hanging a show on. There are bonds here that we will (hopefully) almost all relate to, and characters that are immediately sympathetic. It’s good stuff.

The closest THIS IS US comes to breaking new ground is probably in Kate’s story. We’re not used to seeing people quite so heavy on television, and especially not in a leading role like this. Yes, Mike and Molly existed, but it was by and large (no pun intended) a comedy that played with stereotypes, and its subversion of the norm was less blatant. THIS IS US goes head-on tackling the issues, motivations, and sorrows for someone who is struggling with body size, and it may do for the overweight what series like Will & Grace and Modern Family did for gays. Specifically, teach viewers to have more compassion for their fellow human beings, promoting understanding of the problems real people struggle with. I dig it.

Given the type of series this is and the way the first hour unfolds, if you’ve watched much of this type of television at all, you’ll begin to wonder where the connections between the characters are. Aside from the show Touch, one expects everyone to connect pretty solidly in an ensemble cast like this. And while I refuse to spoil anything, I will say that I called the ending “twist” by midway through the episode. However, I wasn’t completely sure I was right until it actually played out because it’s a bit of a tricky one, and it does something I didn’t expect a show like this to do. Kudos for some interesting writing.

THIS IS US premieres Tuesday, September 20th at 10/9c on NBC.