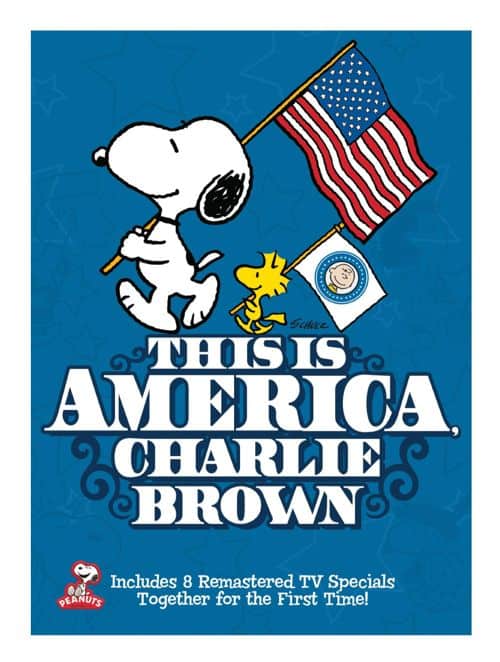 Seat42f and Warner Bros. Home Entertainment have teamed up to give THREE lucky winners a copy of THIS IS AMERICA, CHARLIE BROWN on DVD. For a chance to win leave a comment below telling us why you want to add THIS IS AMERICA, CHARLIE BROWN to your DVD collection. Only one entry per person. Contest ends July 1st. Winners will be notified on June 2nd via email so make sure to use a valid email address when you post your comment.

Snoopy and the Peanuts gang inspire viewers to celebrate the upcoming Independence Day holiday with the release of This is America, Charlie Brown, available June 17, 2014 from Warner Bros. Home Entertainment (WBHE). This entertaining collection is comprised of eight delightful animated Peanuts television specials that have been re-mastered for superior picture and sound quality. Each of the animated specials centers on various important events in the course of American history, as seen through the eyes of the Peanuts gang.  This is America, Charlie Brown will retail for $26.99 SRP.

From the voyage of the Mayflower to the bold exploration of outer space, join the Peanuts gang as they take viewers on a journey through American history! Groove along with Charlie Brown and Snoopy as they discover the beginnings of jazz and ragtime music, cleverly accompanied by Lucy’s speech about American heroes. Soar with the Wright brothers, blast into orbit on the NASA space station, and create some of the world’s most influential inventions alongside such greats as Alexander Graham Bell, Thomas Edison and Henry Ford! So all aboard the transcontinental railroad with Peanuts because This is America, Charlie Brown!