The British series THIRTEEN premieres this week on BBC America. It is about a kidnapped girl who reappears a baker’s dozen years after his abduction. Sent home to her family, the police don’t seem sure the girl is who she says she is, the mystery only deepens from there.

In many ways, THIRTEEN is a lot like American Gothic, a CBS series I gave a scathing review to earlier this week. It centers on a family with secrets. It’s a dark mystery that is sure to have a lot of unexpected twists. It’s soapy drama, with a family torn apart by a tragic event struggling to figure out what’s true and get on with their lives.

But THIRTEEN is also a shining example of the stark difference between British and American programming. While American Gothic goes for sensationalism at the expense of a complex story, THIRTEEN seems like it’s dropping the breadcrumbs that will eventually lead to the answers. And the CBS series insists on making each member of the clan shady in their own way, while the vast majority of the ensemble of THIRTEEN seem like perfectly normal, well-adjusted individuals who just have this one bad thing that happened to them, so is far less soapy or sensationalist.

Part of the problem is the number of episodes that an American series has as opposed to our British counterparts. While stateside series usually do a minimum of thirteen hours, meaning limited stories must be stretched out, British ones can get away with half a dozen or so, five in this case, so can concentrate just on the central conceit if they’d like to. What this makes for is a superior product that is far more engaging than most of the broadcast network fare here. (Cable networks do shorter, more flexible runs, so are largely exempt from this comparison.)

Another huge difference is that series from the UK aren’t so concerned with casting a bunch of familiar faces. The main group in THIRTEEN have resumes, but they aren’t nearly so omnipresent on our screens as those in American Gothic and lots of other U.S. shows. Funny how a smaller country seems to find a wider variety of performers and not overuse the good ones.

What they lack in recognizability, the cast more than makes up for in talent THIRTEEN stars Jodie Comer (My Mad Fat Diary) as Ivy Moxam, the recently escaped prisoner. Her look is haunting, and the nuance in her performance is impressive. Even when some may doubt her story, or parts of it, the viewer won’t lose sympathy for this woman who seems to have gone through so much.

Richard Rankin (Burnistoun) and Valene Kane (The Fall) are the obligatory detectives, DI Elliot Crane and DS Lisa Merchant, respectively. While the role they play is not much different than most of these slow burn crime dramas, they are every bit as capable as others who have exceled in similar programs. They are going to be the figures that audiences latch onto, even while Ivy remains front and center.

Roundings things out are Natasha Little (The Night Manager) as loving mother Christina, Stuart Graham (The Fall) as the ineffectual father Angus, Katherine Rose Morley (Last Tango in Halifax) as suspicious sister Emma, Joe Layton (Tatau) as Emma’s supportive fiancé Craig, Eleanor Wyld (Honest) as best friend Eloise, and Aneurin Barnard (The White Queen) as childhood boyfriend, Tim Hobson. They won’t all get distinct subplots, but it’s the exact right mix to explore Ivy’s story, and they all do a good job.

So THIRTEEN, while more or less being a very typical type of British drama, is better than what we’re getting on The Big Four in the summer because of its makeup. It’s compelling and well made, and while it’s not wholly fresh, it’s still very entertaining. 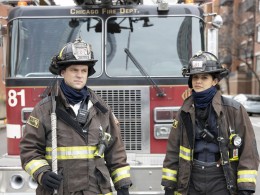 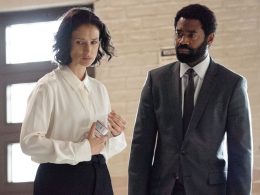 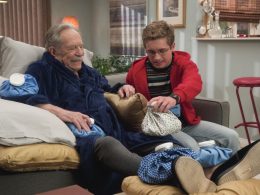 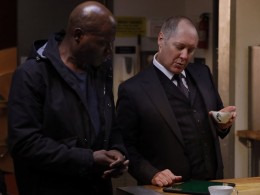 NBC Has Renewed The BLACKLIST For A Ninth Season

NBC has renewed its signature drama “The Blacklist” for a ninth season. Through its first two episodes this…