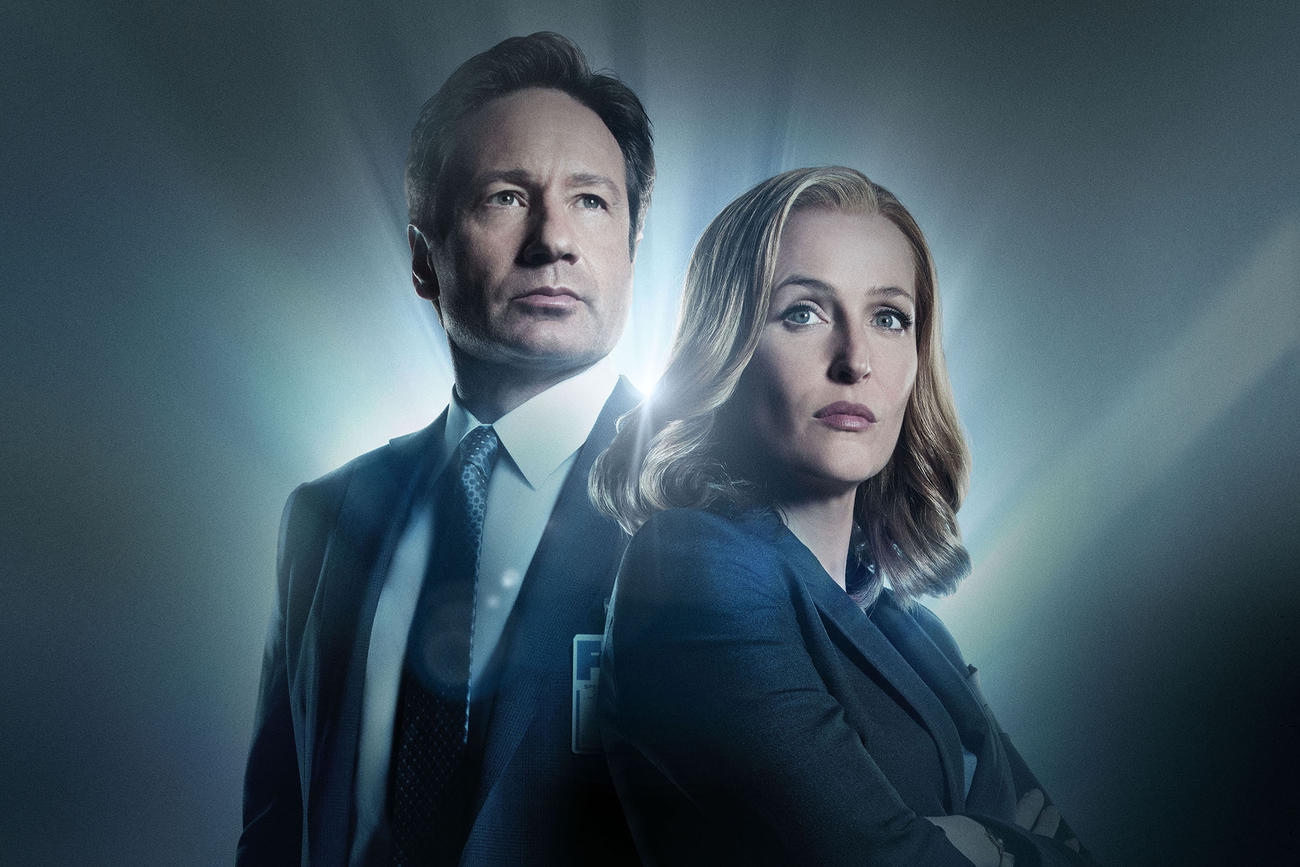 WARNING: Yes, this post contains spoilers. It does not ruin any huge surprises, but if you’d rather go in ignorant, why are you even looking at a review?

Television reboots and resurrections are on the rise right now, with Fuller House coming to Netflix soon, and new episodes of Prison Break scheduled for filming this summer. For millions of fans, though, no series is more exciting to see return than THE X-FILES, which begins a run of six brand-new episodes this weekend.

A bit of background: THE X-FILES was a series that ran from 1993 until 2002 on FOX, and helped popularize geek culture as it exists today. The program spawned two relatively short-lived spin-off shows, and two moderately successful films, as well as plenty of merchandise. Starring David Duchovny (Californication) and Gillian Anderson (Hannibal) as FBI agents Fox Mulder and Dana Scully, it supposed alien life might actually exist, and government conspiracies have kept it out of the public eye.

And that is almost all I know about it. As a child with younger siblings, my parents deemed it “not appropriate” viewing in our house, and while it has topped my list of shows I really need to binge for years, I’ve yet to get to it. I have seen a few episodes (probably six-ish) in isolated events, just enough to know I want to see more, not enough to really get a picture of the series. That means that this review of THE X-FILES really stems from what I think of the first episode back, “My Struggle,” alone, not from a position as a fan boy from years back.

“My Struggle” is absolutely fantastic. It is creepy, it is intriguing, it is exciting, and it has some great performers. I *think* (again, I didn’t watch the show) it will completely redefine what the series was about, and pay off in big ways to those who are fans. Yet, if you’re coming in fresh, it’s also easy to follow and immediately addictive.

The new run begins with Tad O’Malley (Joel McHale, Community), a Bill O’Reilly-type who thinks he has uncovered something huge he plans to reveal to the world. To be certain, he wants to bring in Mulder (Duchovny), but unable to reach Mulder directly, he goes through Walter Skinner (Mitch Pileggi), who gets in touch with Scully (Anderson). The couple is split, but Scully can still find Mulder when the need arises, and they both get drawn into the plot.

What Tad has is a young woman, Sveta (Annet Mahendru, The Americans), who has a history of abduction and experimentation. Interspersed with scenes of Roswell, a trip to a Faraday cage, and numerous 9/11 references, it may take Scully a little while to figure out what’s happening, but “My Struggle” finds Mulder having his mind blown. In what way, well, you’ll have to watch to see.

I assume that this hour is full of references to past episodes. I know one notable recurring character makes an appearance (yes, that one), and a visit back to the agents’ old office seems particularly nostalgia-inducing. It’s hard for me to judge how many references to previous events actually occurred on screen, but there are enough of them that I feel like long-time viewers are being served, which makes sense, considering creator Chris Carter is back in the writer’s seat.

In conclusion, whether you’ve been anxiously waiting on pins and needles or have only heard of the program in passing, as long as you are into UFOs, conspiracy theories, and/or good TV, you should definitely check out THE X-FILES airing this Sunday and Monday, and then for four weeks thereafter on FOX.