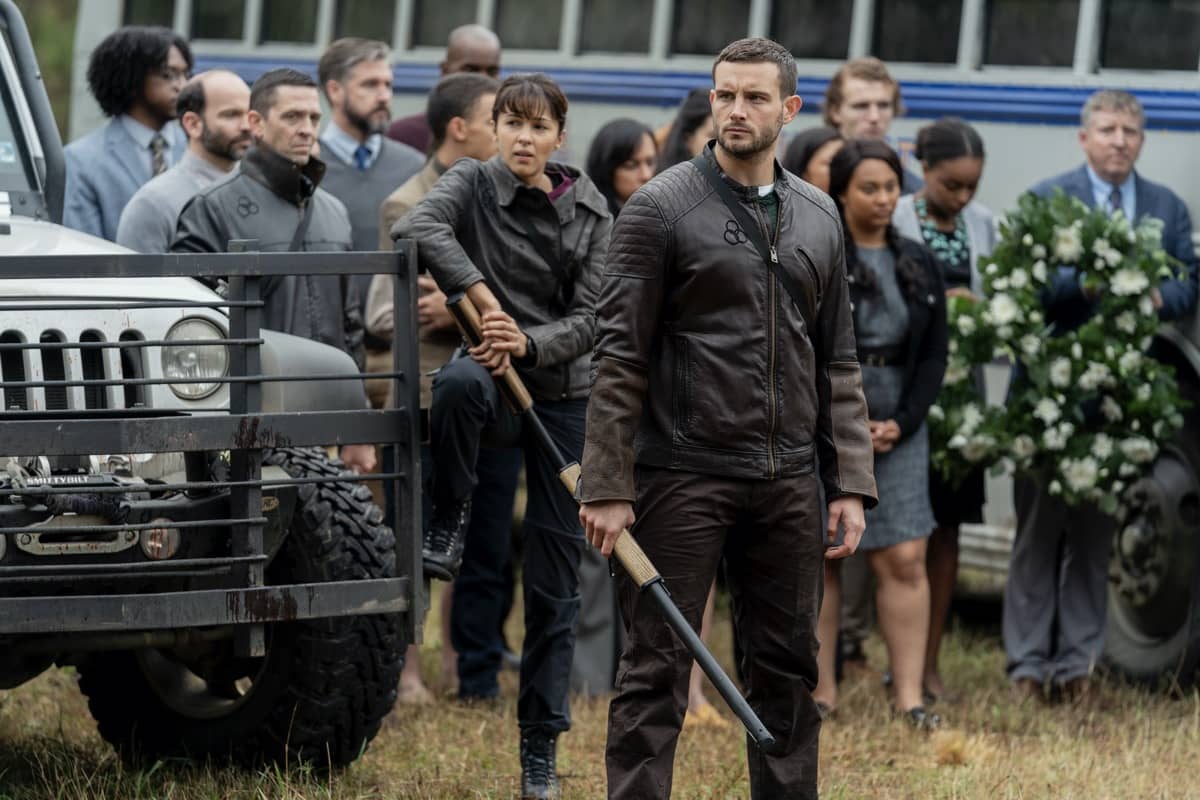 The Walking Dead: World Beyond Season 1 Episode 1 Photos Brave – Episode Synopsis Episode 101: “Brave” Iris welcomes an enigmatic ally to their community while Hope questions the visitor’s motives. A message upends the sisters’ worldview, forcing them to decide between the safety of their home and the uncertainty of the world beyond.