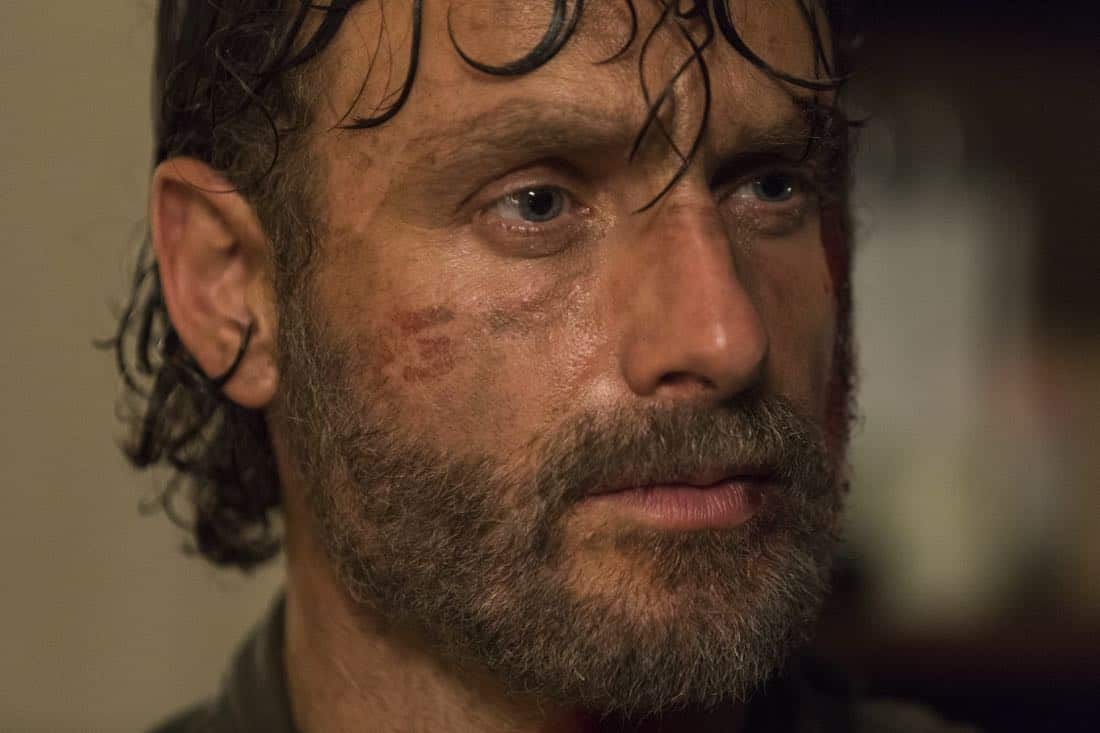 Jesus and Morgan weigh the options on their next attack. Don’t miss the next episode of The Walking Dead, Sunday, October 29 at 9/8c.

Rick and his survivors bring “All Out War” to Negan and his forces. The Saviors are larger, better-equipped, and ruthless, but Rick and the unified communities are fighting for the promise of a brighter future. The battle lines are drawn as they launch into a kinetic, action-packed offensive. THE WALKING DEAD Season 8 Episode 2 Photos The Damned