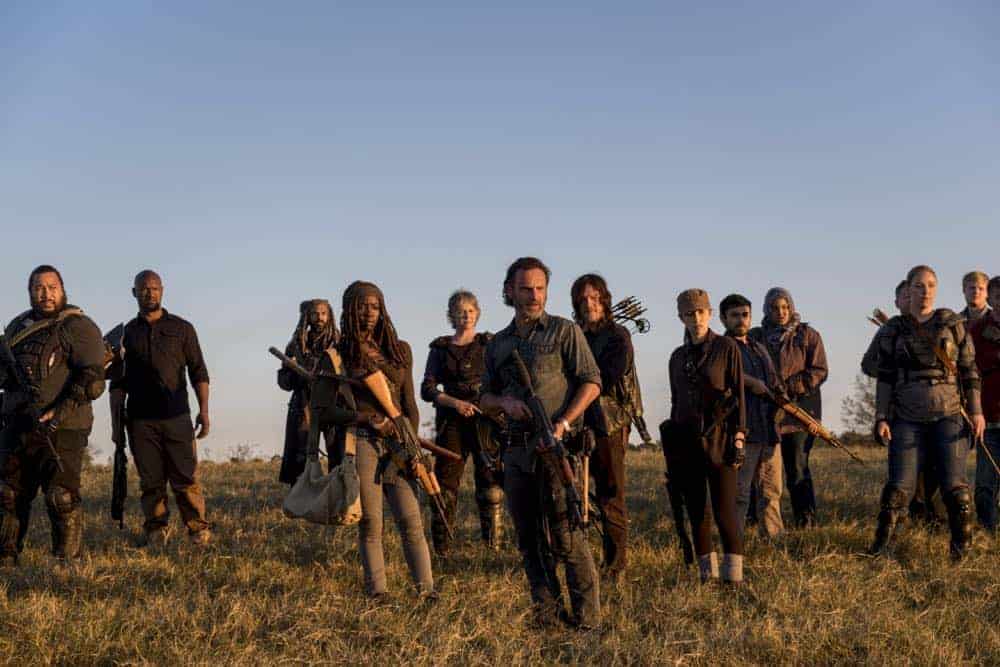 The communities join forces in the last stand against the Saviors as all-out war unfolds. THE WALKING DEAD Season 8 Episode 16 Photos Wrath.

The Walking Dead – Groups unite their forces and converge on the Hilltop. Meanwhile, Aaron and Enid search for allies. Simon takes matters into his own hands.  All out war has had a devastating impact on every person involved. The communities themselves are fractured. Alexandria has been destroyed, the Hilltop finds themselves pinned, and the Kingdom is shattered — half of them dead, the other half controlled by the Saviors.