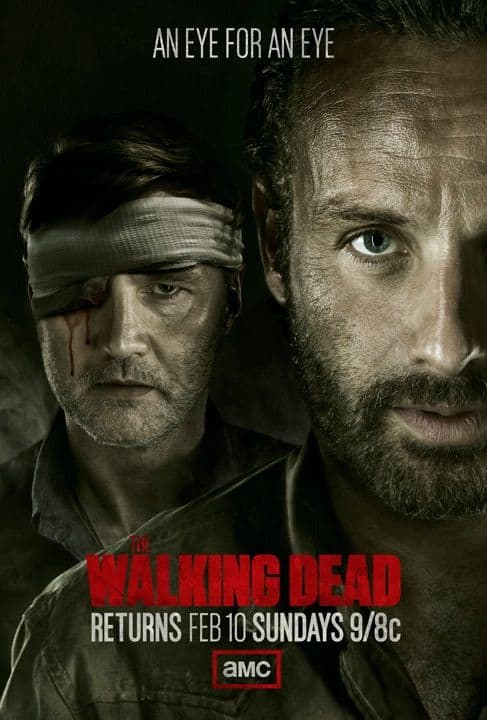 With his group in tatters, his sanity in question, and his own son questioning his every move, Rick (Andrew Lincoln) must somehow pull everyone together to face their greatest challenge — the Governor (David Morrissey).  In order to survive, he must risk everything, including the group’s very humanity.

Season three’s mid-season finale aired December 2, making “The Walking Dead” the first cable series in television history to reign as the biggest show of the fall season among Adults 18-49, beating out all broadcast and cable entertainment series. The episode totaled 15.2 million viewers for the night.