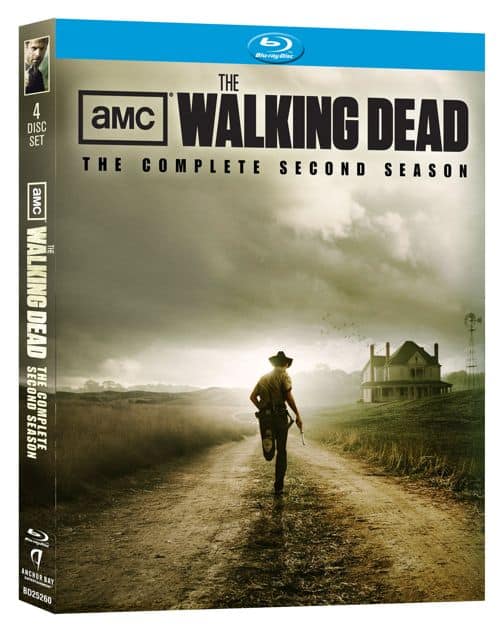 Seat42f and Anchor Bay Entertainment have teamed up to give TWO lucky winners a copy of THE WALKING DEAD Season 2 on BLURAY. For a chance to win leave a comment below telling us why you want to add THE WALKING DEAD Season 2 to your BLURAY collection. Only one entry per person. Contest ends August 28th. Winners will be notified on August 29th via email so make sure to use a valid email address when you post your comment.

THE WALKING DEAD: THE COMPLETE SECOND SEASON is the much anticipated next chapter to the acclaimed post zombie apocalypse series. When we last left the “The Walking Dead,” the characters were in the midst of a high-intensity struggle to survive, fleeing the CDC as it burst into flames. In Season 2, they are still fighting zombies–and each other– facing more threats and obstacles than ever before.

Based on the hugely successful and popular comic books written by Robert Kirkman, AMC’s “The Walking Dead” captures the ongoing human drama after a zombie apocalypse. The series follows a group of survivors, led by police officer Rick Grimes, played by Andrew Lincoln, who are traveling in search of a safe and secure home. However, instead of the zombies, it’s the living who still remain that may be the biggest threat. Jon Bernthal plays Shane Walsh, Rick’s sheriff’s department partner before the apocalypse, and Sarah Wayne Callies, is Rick’s wife, Lori. THE WALKING DEAD: THE COMPLETE SECOND SEASON cast also includes Laurie Holden, Steven Yeun, Norman Reedus, Jeffrey DeMunn, Chandler Riggs, Iron E. Singleton and Melissa McBride.