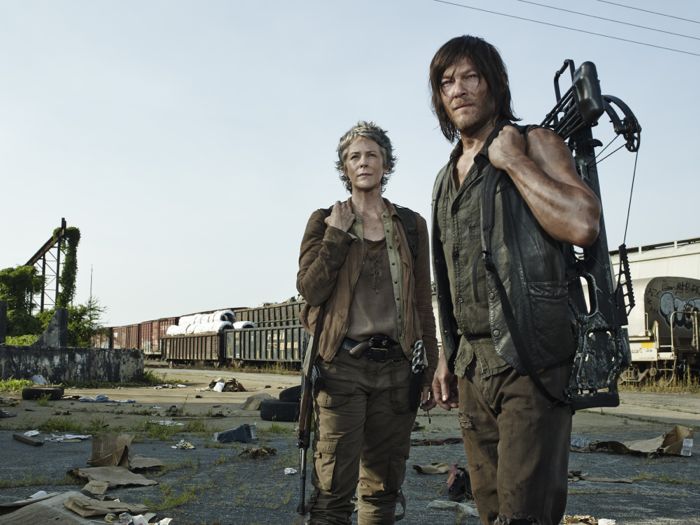 The season five premiere of AMC’s “The Walking Dead” delivered the highest ratings in series history. The episode was watched by 17.3 million viewers and 11 million adults aged 18-49, increases of 7% and 6%, respectively, over the season four premiere, the previous record-holder. “The Walking Dead” continues to be the #1 show on television among adults 18-49. Last night’s episode outperformed everything else on television in this key demographic, including Sunday Night Football, by over 2.5 million adults 18-49. With time-shifted playback, the season five premiere should exceed 22 million viewers.

“It’s a Dead man’s party. Who could ask for more?” said Charlie Collier, AMC president. “Enormous thanks to our friends and executive producers Robert Kirkman, Scott Gimple, Greg Nicotero – who also directed last night’s terrific premiere – Gale Anne Hurd, Dave Alpert and Tom Luse and all of their fellow producers, cast and crew for everything they do to make the #1 show on television such a unique and incredible experience for the fans. ‘The Walking Dead’ is one of those increasingly rare shows today that can command a live audience not significantly cannibalized by time-shifted viewing. Who would have thought that cannibalized television could be curtailed by cannibal-ized television?”