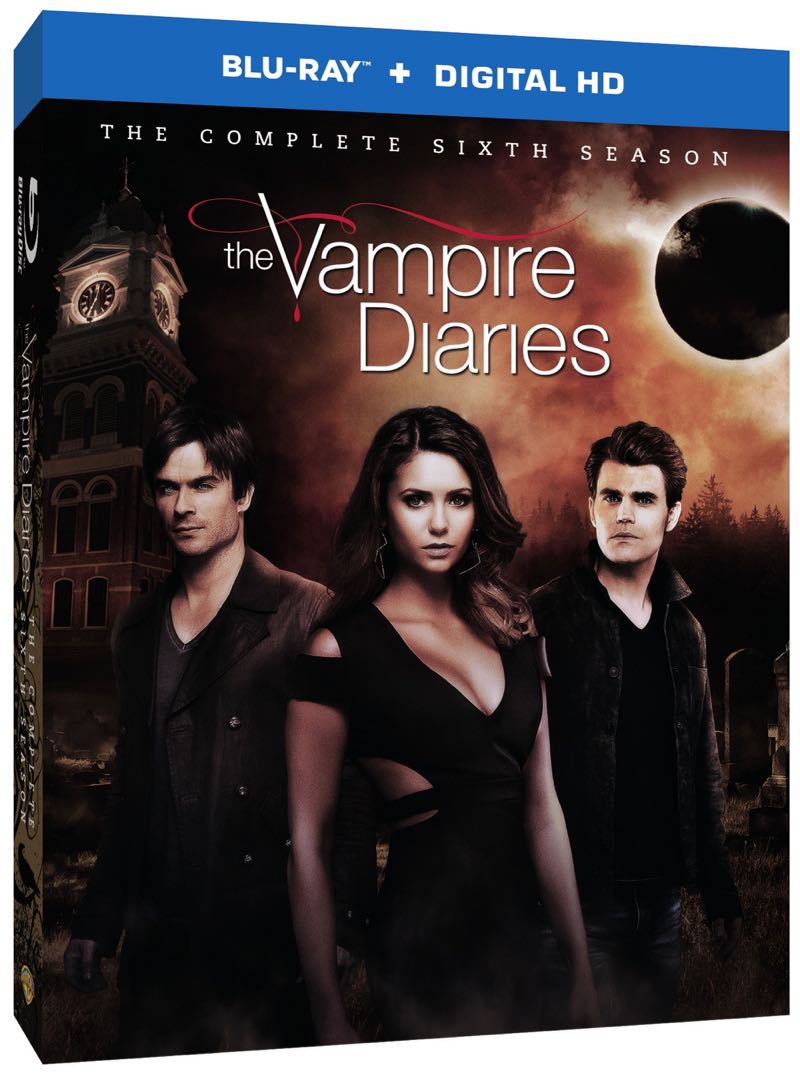 Mystic Falls bids farewell to one of TV’s hottest vampires when The Vampire Diaries: The Complete Sixth Season, is released on Blu-ray™ and DVD on September 1, 2015, from Warner Bros. Home Entertainment. Season Six is also available to purchase on Digital HD. Averaging nearly 2.7 million viewers weekly in its sixth season, The Vampire Diaries remains The CW’s #1 show with young female demos and will return for a seventh season on The CW this fall.  Fans can get sucked into all 22 one-hour episodes from season six and gorge on nearly two hours of gripping extras — including two brand-new featurettes, episodic audio commentary, the 2014 Comic-Con panel, deleted scenes and a gag reel. The Vampire Diaries: The Complete Sixth Season will be priced to own on DVD at $49.99 SRP and on Blu-ray at $54.97 SRP.

The Vampire Diaries continues its sixth season with more delicious drama to sink your teeth into. In season five, after a passionate summer with Damon, Elena headed to Whitmore College with Caroline, not knowing Bonnie sacrificed her life for Jeremy’s. Meanwhile, Stefan and Caroline’s friendship deepened as they stood up to the Travelers, a nomadic witch tribe driven to strip Mystic Falls of magic and cast out its supernatural residents. In the shocking season finale, Damon, fearing he would lose his loved ones on the crumbling Other Side, made a huge sacrifice to bring them all back — with catastrophic and heartbreaking results. Season six follows the characters’ journey back to each other as they explore the duality of good versus evil inside themselves. Matt Davis reprises his role as Alaric Saltzman, recently returned from The Other Side. Plus, the season will make you misty-eyed as the departure of a major character will turn lives upside down and leave us asking what happened to Mystic Falls.

With Blu-ray’s unsurpassed picture and sound, The Vampire Diaries: The Complete Sixth Season Blu-ray release will include 1080p Full HD Video with DTS-HD Master Audio for English 5.1. The 4-disc Blu-ray will feature a Hi-definition Blu-ray, and a Digital HD copy of all 22 episodes from Season Six.