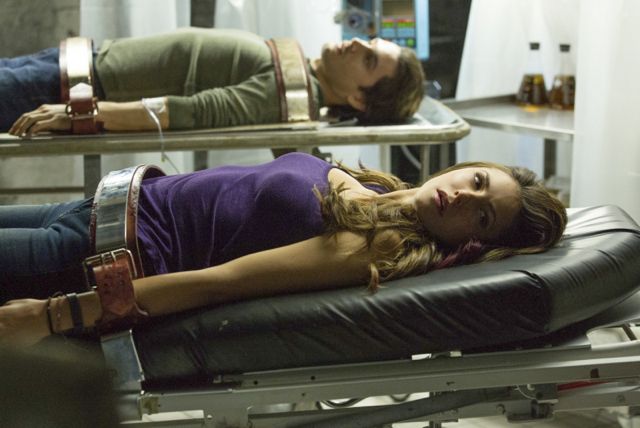 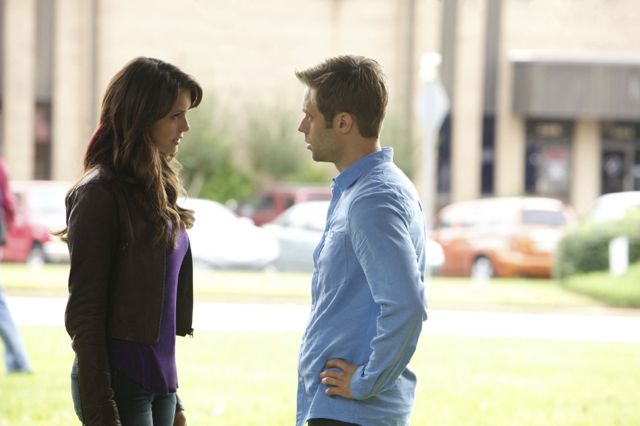 THE VAMPIRE DIARIES Season 5 Episode 9 The Cell Photos : FLASHBACKS TO A DARK TIME IN DAMON’S LIFE — Stefan (Paul Wesley) continues to offer Katherine (Nina Dobrev) his support while trying to mask his own pain, until Caroline (Candice Accola) shows up with an unusual form of therapy.  After trying to make amends with Caroline, Elena (Nina Dobrev) grows so concerned about Damon (Ian Somerhalder) that she turns to Aaron (guest star Shaun Sipos) for help.  Later, when Damon tells Elena about a terrible ordeal in his past that he has kept secret for decades, she shares the disturbing information she just learned about her own family.  Finally, Aaron decides on a desperate course of action after a conversation with Dr. Wes (guest star Rick Cosnett).  Chris Grismer directed the episode written by Melinda Hsu Taylor (#509).