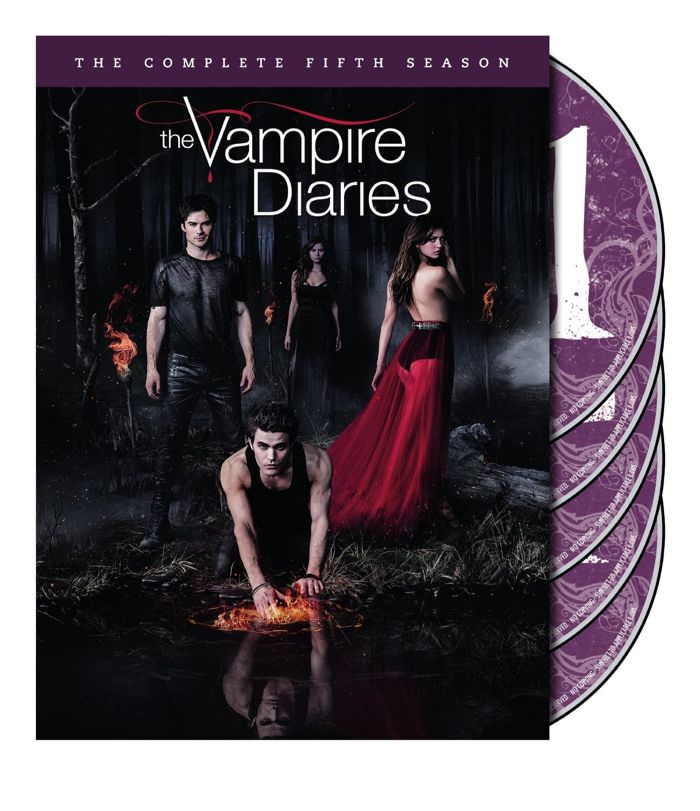 Seat42f and Warner Bros. Home Entertainment have teamed up to give ONE lucky winner a copy of THE VAMPIRE DIARIES Season 5 on DVD. For a chance to win leave a comment below telling us why you want to add THE VAMPIRE DIARIES Season 5 to your DVD collection. Only one entry per person. Contest ends September 23rd. Winner will be notified on September 24th via email so make sure to use a valid email address when you post your comment.

Get ready for more suspense, romance and thrills as the hit series The Vampire Diaries continues for a fifth season on DVD and Blu-ray™ Combo Pack, as Warner Bros. Home Entertainment Group releases The Vampire Diaries: The Complete Fifth Season on September 9, 2014. Season Five is also available to purchase on Digital HD. Averaging nearly 4 million viewers in its fifth season, The Vampire Diaries remains The CW’s #1 show among Adults and Women and will return for a sixth season on The CW this fall.  Fans can sink their teeth into  all 22 one-hour episodes from Season Five (including the series’ 100th episode!), plus over an hour of gripping extras — including three brand-new featurettes, deleted scenes and a gag reel. The Vampire Diaries: The Complete Fifth Season will be priced to own on DVD at $59.98 SRP and on Blu-ray Combo Pack at $69.97 SRP.