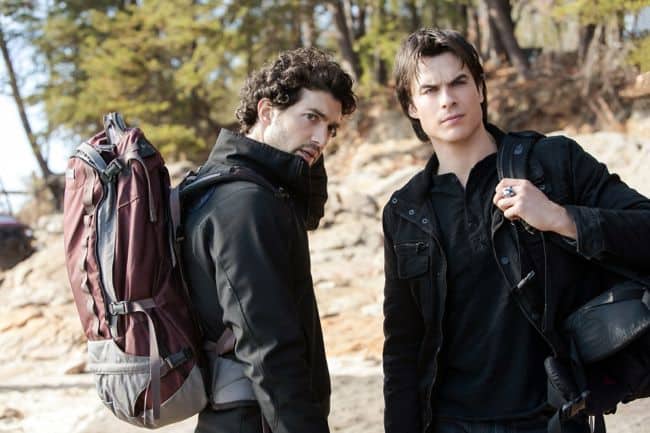 THE VAMPIRE DIARIES Season 4 Episode 13 Into the Wild Promo : MYSTERIOUS ISLAND — Shane (guest star David Alpay) leads an expedition to a desolate island off the coast of Nova Scotia, where he believes the secret of the cure lies hidden. On the trek to the island’s interior, Rebekah (Claire Holt) and Elena (Nina Dobrev) continue their bitter rivalry, Stefan (Paul Wesley) does his best to keep the peace, and Damon (Ian Somerhalder) accuses Shane of leading them into a trap. Bonnie (Kat Graham) and Jeremy (Steven R. McQueen) try to figure out the message of the Hunter’s mark, while Shane reveals more of the legend of Silas and the witch Qetsiyah, along with his own personal history. Back in Mystic Falls, Tyler (Michael Trevino) confronts Klaus (Joseph Morgan), and Caroline (Candice Accola) is caught up in the violence that follows. Michael Allowitz directed the episode written by Caroline Dries (#413).