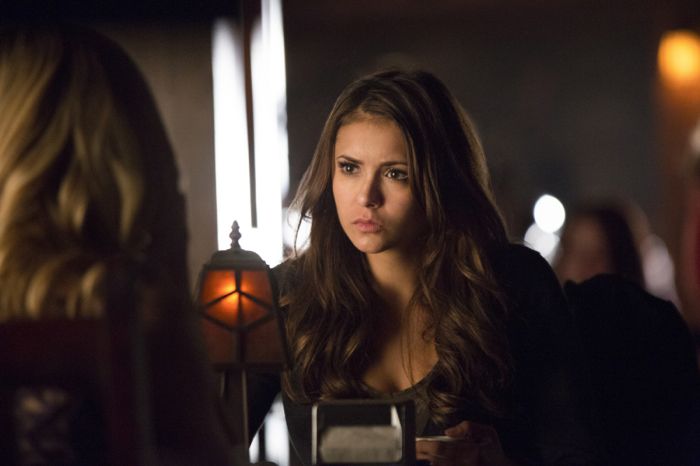 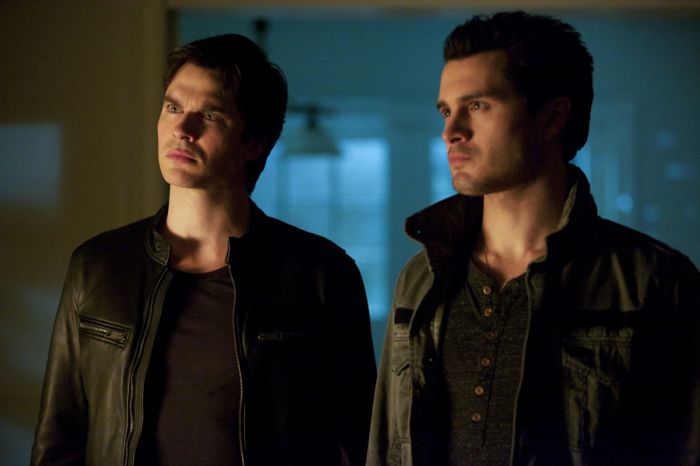 THE VAMPIRE DIARIES Episode 5.18 Photos Resident Evil : PAUL WESLEY MAKES HIS DIRECTORIAL DEBUT — Both Stefan (Paul Wesley) and Elena (Nina Dobrev) are suddenly having unsettling dreams of an alternate version of the life they might have had together.  Bonnie (Kat Graham) has a disturbing encounter with Grams (guest star Jasmine Guy), who warns her about frightening changes on the Other Side.  Enzo (guest star Michael Malarkey) gives Damon (Ian Somerhalder) unwanted relationship advice, then admits he is searching for a woman he loved decades before while he was held captive by the Augustines.  Liv (guest star Penelope Mitchell) enlists Matt (Zach Roerig), Jeremy (Steven R. McQueen) and Tyler (Michael Trevino) to help track the Travelers and keep them from taking control of Mystic Falls.  Bonnie is hurt and angry when she learns that Jeremy is working with Liv behind her back.  Luke (guest star Chris Brochu) shows up at the Salvatore house and explains what he knows about Markos (guest star Raffi Barsoumian) and the Travelers to Damon, Elena and Enzo.  Matt has a terrifying encounter with inhabitants of the Other Side.  Finally, when Damon finds Markos, he is both relieved and disturbed by what Markos has to tell him.  Paul Wesley directed the episode written by Brian Young & Caroline Dries (#518).