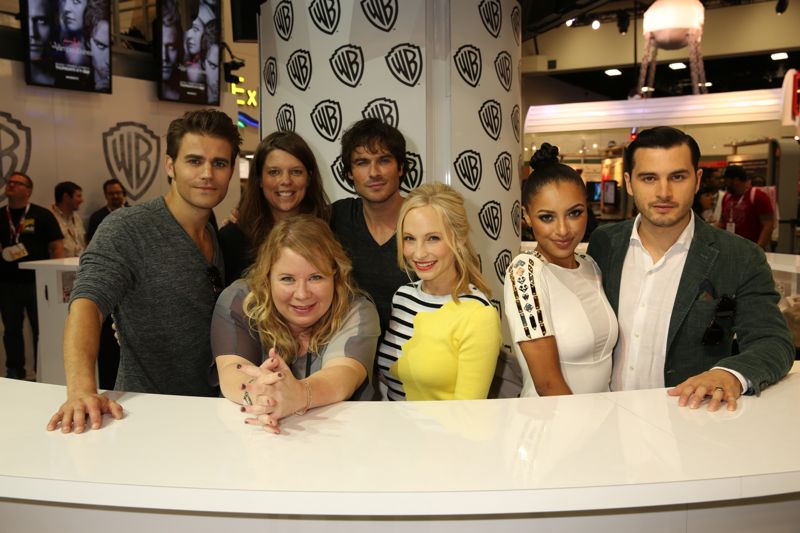 The cast and creative team behind The Vampire Diaries return to San Diego — for the first time in Hall H — for a sizzling seventh appearance at Comic-Con. Series stars Ian Somerhalder, Paul Wesley, Kat Graham, Candice Accola and Michael Malarkey will join executive producers Julie Plec and Caroline Dries on stage for a video screening and Q&A session