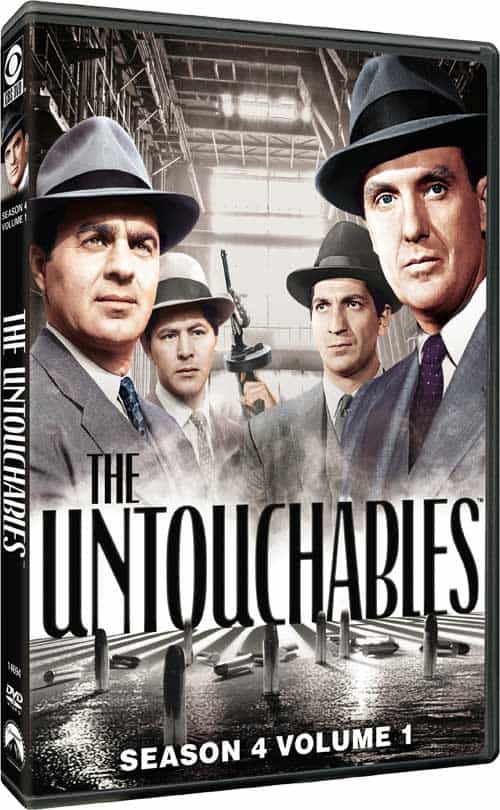 Seat42f and Paramount Home Entertainment have teamed up to give TWO lucky winners a copy of THE UNTOUCHABLES Season 4 Volume 1 &amp; 2 DVD. For a chance to win leave a comment below telling us why you want to add THE UNTOUCHABLES Season 4 Volume 1 &amp; 2 to your DVD collection. Only one entry per person. Contest ends July 31st. Winners will be notified on Auust 1st via email so make sure to use a valid email address when you post your comment.

In 1920s Chicago, crime is at an all time high due to mob bosses such as Al Capone. However, Eliot Ness and his team of special agents, known as The Untouchables, will stop at nothing to smash the beer and booze empire of Capone. Based on Ness’ memoir, The Untouchables: The Fourth Season Volumes 1 &amp; 2 stars television legend Robert Stack as US Prohibition Bureau agent Eliot Ness, and is narrated by Walter Winchell.
&nbsp;
The DVD is presented in full screen format and is not yet rated in the U.S. The total running time for Volume 1 is approximately 700 minutes and for Volume 2 is 800 minutes.