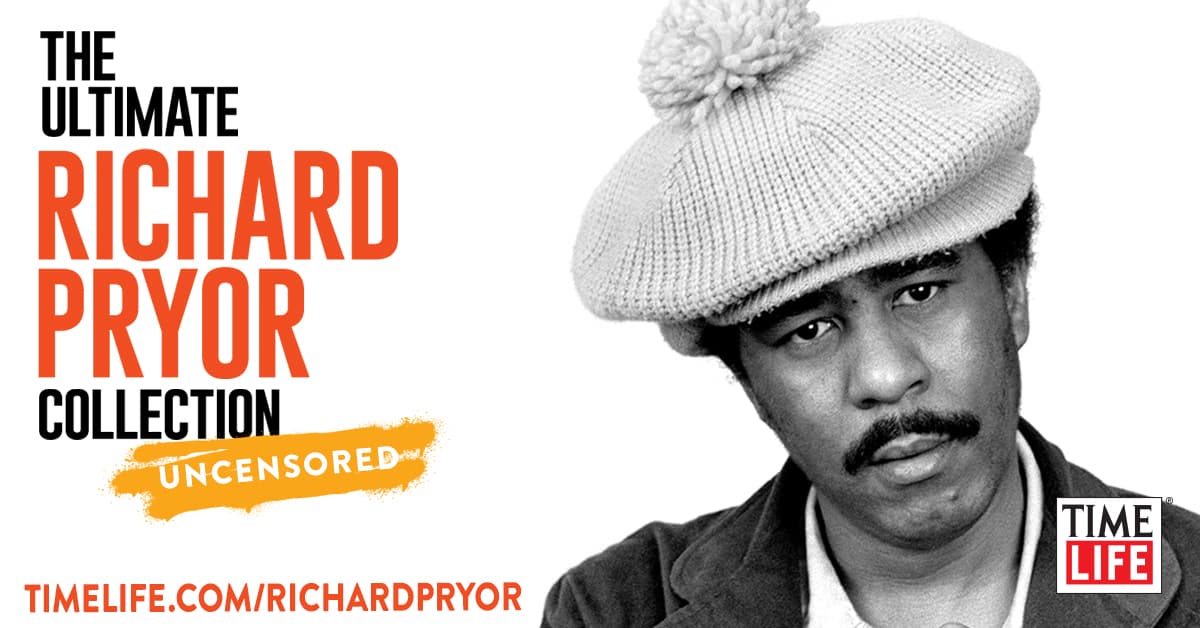 Richard Pryor was born to tell it like it is. From Peoria, Illinois poverty to Hollywood affluence. From abandonment by his mother to adoration from millions. From school class clown to one of the top entertainers of the ‘70s and ‘80s. From tragedy to triumph and back again, Richard Franklin Lennox Thomas Pryor (December 1, 1940 – December 10, 2005) was a legendary stand-up and multi-talented entertainer who reached a broad audience with his keen observations and storytelling style, and is widely regarded as one of the most influential comedians of all time.

This September, get ready to experience greatness when Time Life releases THE ULTIMATE RICHARD PRYOR COLLECTION: UNCENSORED. Featuring all of Pryor’s most memorable stand-up and television performances together in one collection for the very first time, the 13-disc collector’s set contains more than 26 incredible hours of comedy. The groundbreaking stand-up, the mesmerizing TV appearances, the NBC show that was too hot for TV, and so much more.

Raw, sometimes shocking and always thrilling, Pryor — a once-in-a-generation innovator — pushed the envelope and was almost single-handly responsible for the comedy evolution that continues to this day. He won an Emmy®, five Grammys®, was the recipient of the very first Mark Twain Prize for American Humor (1998) and in 2017, Rolling Stoneranked him #1 on its list of the 50 best stand-up comics of all time. There has simply never been a comedian like him: totally genius and outrageously funny, and that’s on full display in this superlative set, which features:

Pryor’s comedy will live on forever in our hearts, our minds and now in THE ULTIMATE RICHARD PRYOR COLLECTION: UNCENSORED, available exclusively from Time Life at TimeLife.com/RichardPryor

About Time Life Time Life is one of the world’s pre-eminent creators and direct marketers of unique music and video/DVD products, specializing in distinctive multi-media collections that evoke memories of yesterday, capture the spirit of today, and can be enjoyed for a lifetime. TIME LIFE and the TIME LIFE logo are registered trademarks of Time Warner Inc. and affiliated companies used under license by Direct Holdings Americas Inc., which is not affiliated with Time Warner Inc. or Time Inc.