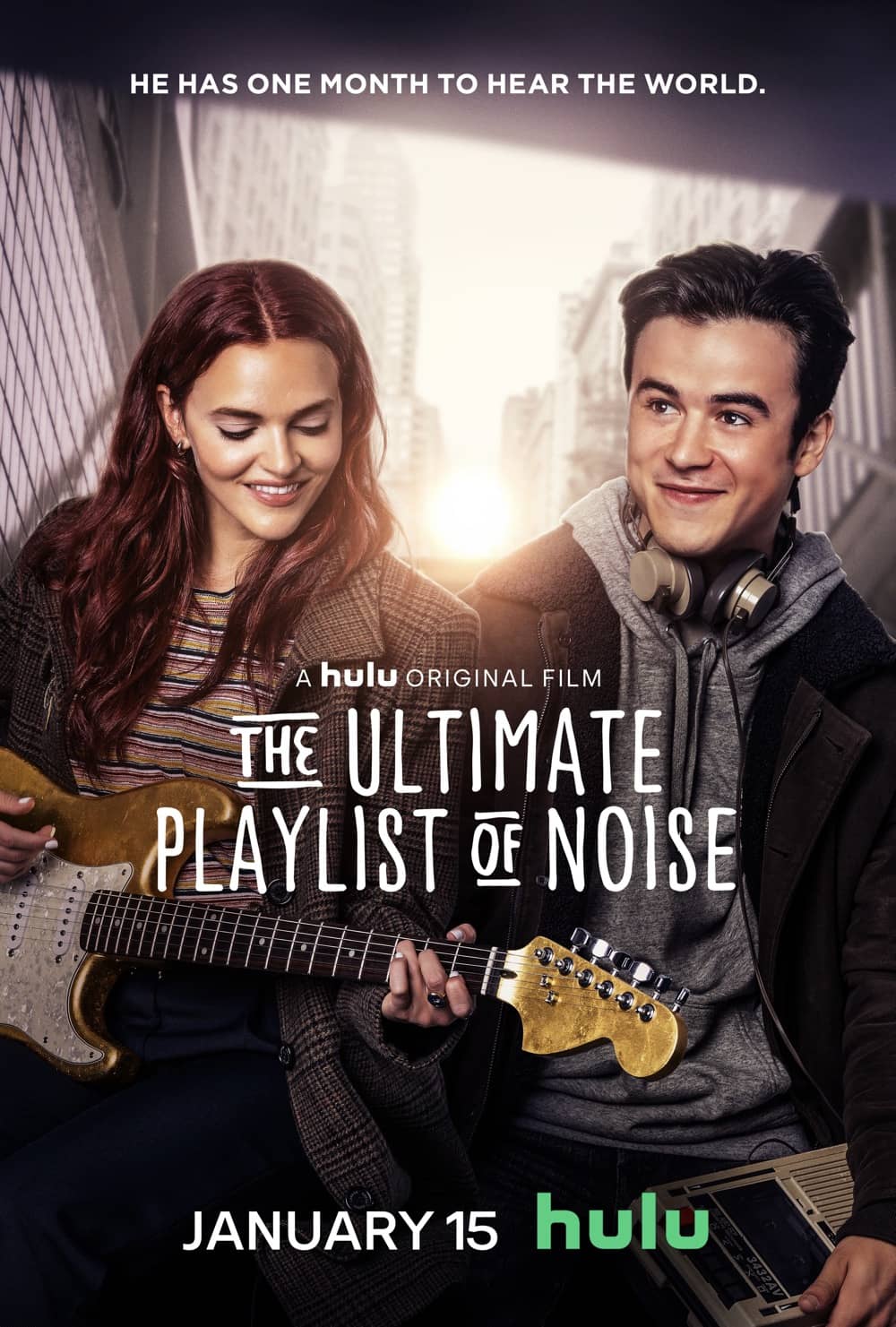 While 2020 may have us cooped up at home, Hulu’s THE ULTIMATE PLAYLIST OF NOISE trailer will bring you some much-needed adventure and appreciation for all things in life as Marcus and Wendy set out to record a bucket list of favorite sounds before Marcus faces losing his hearing. The Hulu Original film premieres on January 15 on Hulu.

Written by Mitchell Winkie, the film follows Marcus (Keean Johnson), an audio obsessed high school senior who learns he must undergo brain surgery that will render him deaf. He decides to seize control of his fate by recording the Ultimate Playlist of Noise – a bucket list of all his favorite sounds. Once he sets out, he meets Wendy (Madeline Brewer), a wildly charming, struggling musician who is trying to escape to New York for her chance at a life-changing opportunity. Together they check off his list as they make their way across the country, until painful revelations force Marcus to face reality and his future without sound.

THE ULTIMATE PLAYLIST OF NOISE Trailer And Poster Key Art