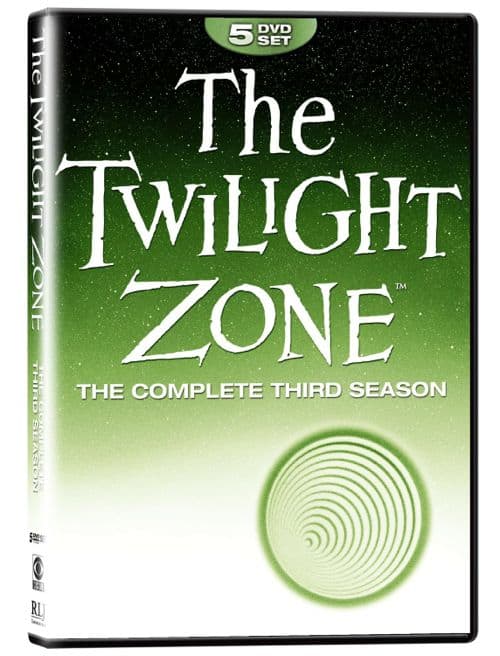 Seat42f and Image Entertainment have teamed up to give TWO lucky winners a copy of THE TWILIGHT ZONE Season 3 on DVD. For a chance to win leave a comment below telling us why you want to add THE TWILIGHT ZONE Season 3 to your DVD collection. Only one entry per person. Contest ends July 23rd. Winners will be notified on July 24th via email so make sure to use a valid email address when you post your comment.

The Twilight Zone remains television’s most treasured anthology program.  The brainchild of writer and narrator Rod Serling — inspired by the pulp comics, novels and sci-fi films of his youth — the series introduced its own special brand of weirdness to viewers on October 2, 1959.  As a program that correctly billed itself as one “of shadow and substance, of things and ideas,” The Twilight Zone left indelible tracks — not to mention unforgettable theme music — and directors that included Don Medford, Douglas Heyes and Richard L. Bare.

All 37 episodes of the third season are included in this set: The Gift, Two, The Shelter, The Mirror, The Grave, It’s a Good Life, Deaths-Head Revisited, The Midnight Sun, Still Valley, The Jungle, Once Upon a Time, Five Characters in Search of an Exit, A Quality of Mercy, One More Pallbearer, Nothing in the Dark, The Hunt, Dead Man’s Shoes, Showdown with Rance McGrew, A Piano in the House, The Last Rites of Jeff Myrtlebank, To Serve Man, The Fugitive, Little Girl Lost, Person or Persons Unknown, The Little People and Four.