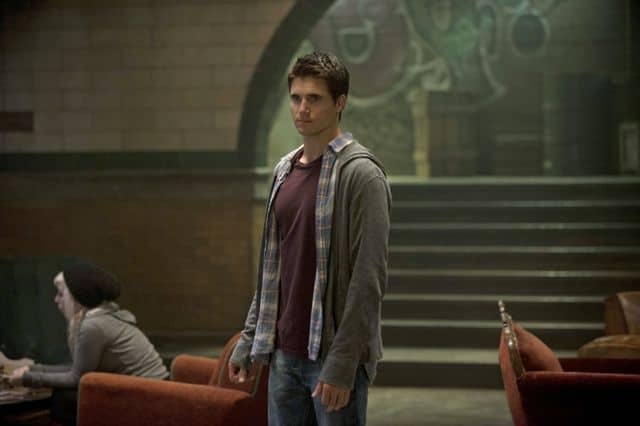 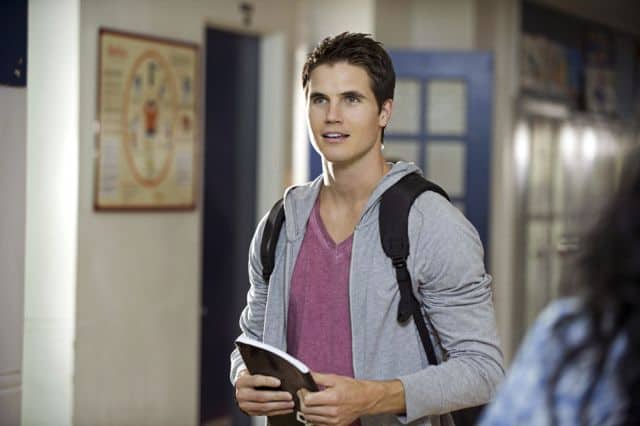 THE TOMORROW PEOPLE Season 1 Episode 3 Girl Interrupted Photos : GETTING INVOLVED — Stephen (Robbie Amell) reluctantly attends a party with Astrid (Madeleine Mantock), but is startled when he hears that one of his classmates is in peril.  Desperate to help, Stephen turns to John (Luke Mitchell) and Cara (Peyton List), but they make it clear that they do not help humans.  Stephen secretly tries to enlist Cara’s help, which brings up her own feelings about her traumatic past.  Meanwhile, John gives Stephen a mission to infiltrate Ultra’s main computer to help give them an advantage in finding new break-outs.  Mark Pellegrino and Aaron Yoo also star.  Danny Cannon directed the episode written by Micah Schraft and Pam Veasey (#103).