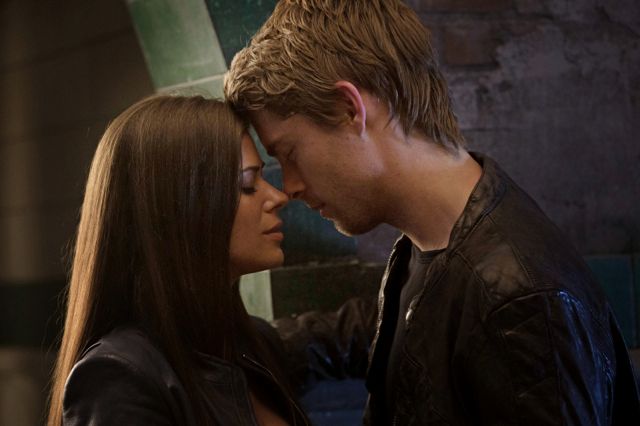 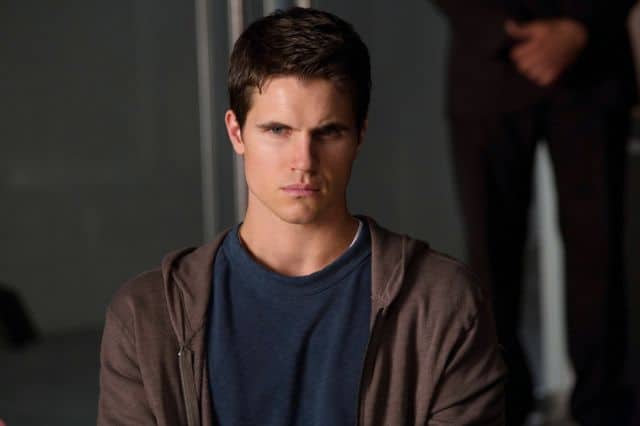 THE TOMORROW PEOPLE Season 1 Episode 2 In Too Deep Photos : BREAKING OUT — When Ultra tries to probe Stephen’s (Robbie Amell) brain, he looks to his fellow Tomorrow People for help, but is rebuffed by an angry John (Luke Mitchell), leaving Cara (Peyton List) to go behind John’s back to help Stephen.  Meanwhile, Ultra tracks down the identity of a new break-out, who has been using his powers to commit crimes.  Stephen tracks down the new break-out, but is shocked when an Ultra swat team is called in.  At a loss for what to do, Stephen calls on John, Cara and Russell (Aaron Yoo) for help, leaving them with a risk of also getting caught.  Upon learning of Ultra’s evil motives, John tries to convince Stephen to spy on Ultra to help save other potential Tomorrow People, while still pursuing the answers he seeks about this father.  Mark Pellegrino and Madeleine Mantock also star.  Danny Cannon directed the episode written by Phil Klemmer and Jeff Rake (#102)