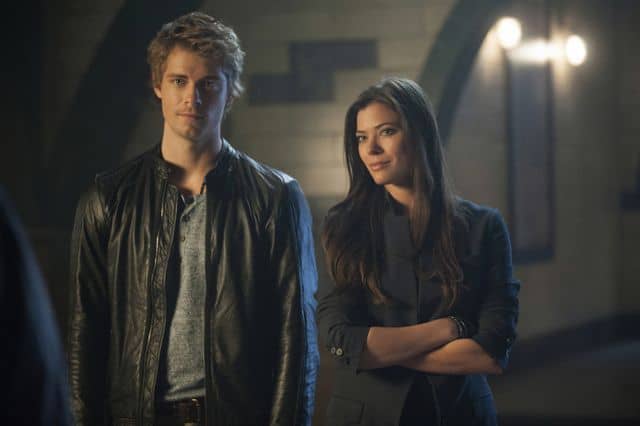 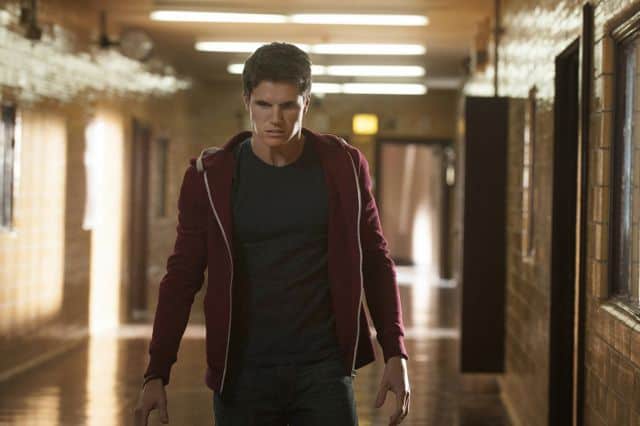 THE TOMORROW PEOPLE Season 1 Episode 1 Pilot Photos : THE UNKNOWN — When Stephen Jameson (Robbie Amell) begins hearing voices and waking up in strange places, he starts to question his sanity.  In desperation, Stephen decides to listen to one of the voices in his head, and it leads him to his first encounter with the Tomorrow People — John (Luke Mitchell), Cara (Peyton List) and Russell (Aaron Yoo) — a genetically advanced race with the abilities of telekinesis, teleportation and telepathic communication.  The Tomorrow People inform him that they are being hunted down by a paramilitary group of scientists known as Ultra, led by Dr. Jedikiah Price (Mark Pellegrino).  Meanwhile, Stephen gets another surprise that leads him down his own path, which he hopes will help him uncover the truth about his father’s (guest star Jeffrey Pierce, “Alcatraz”) mysterious disappearance.  Madeleine Mantock also stars.  Danny Cannon directed the episode with story by Greg Berlanti, Julie Plec and Phil Klemmer and teleplay by Phil Klemmer (#101).