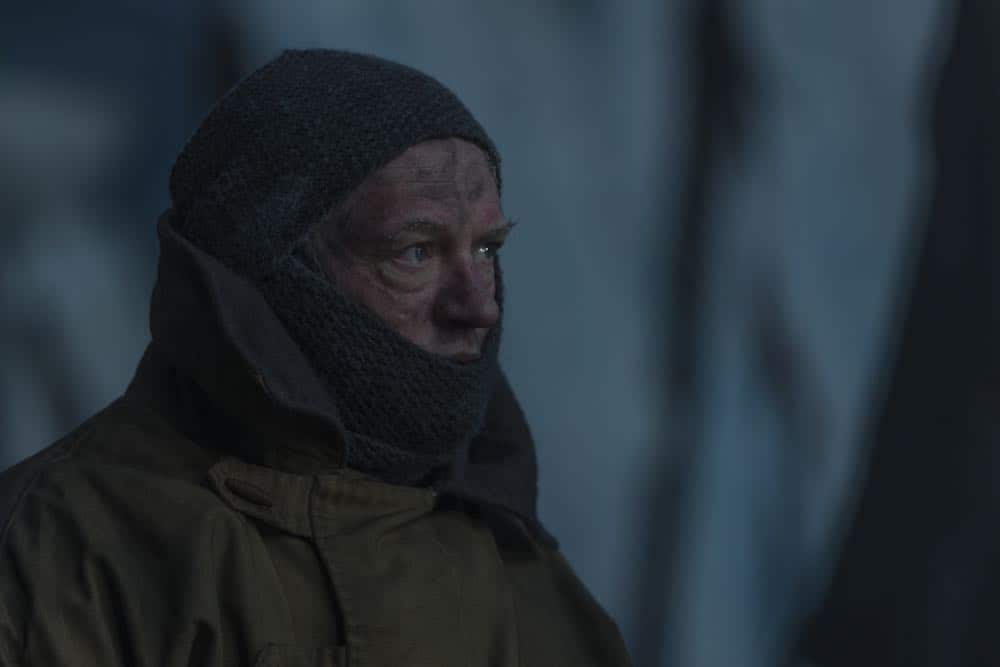 EPISODE 106: “A MERCY” With the end of their foodstuffs now in sight, and again no signs of a thaw, the expedition’s officers accept the harrowing reality that their best chance of survival may lie in an eight-hundred- mile walk out. A plan is hatched to raise the men’s spirits before the captains deliver this dismaying news. THE TERROR Season 1 Episode 6 Photos A Mercy. 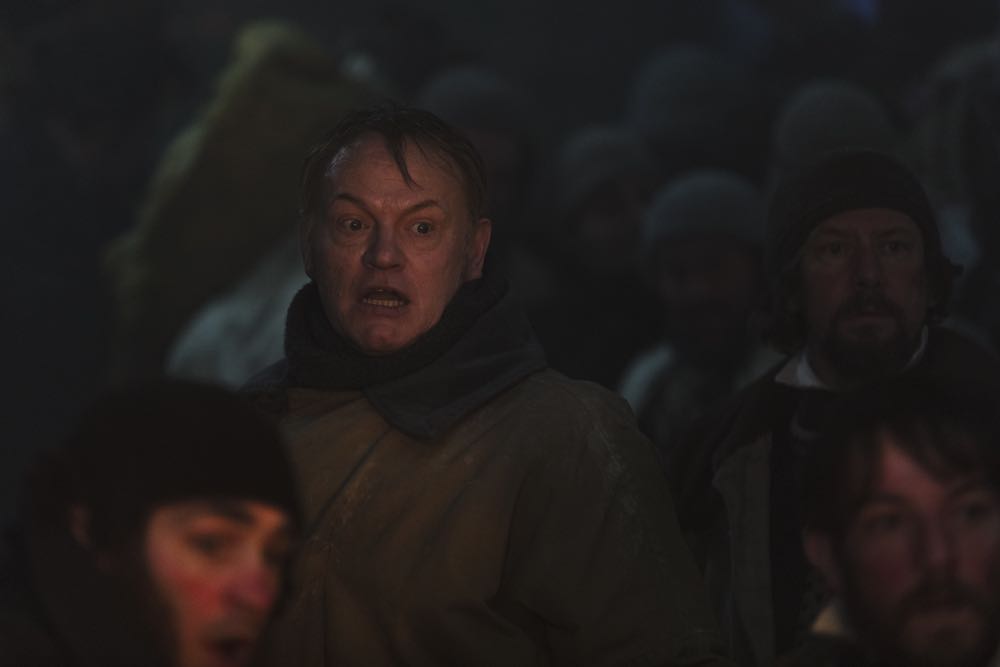 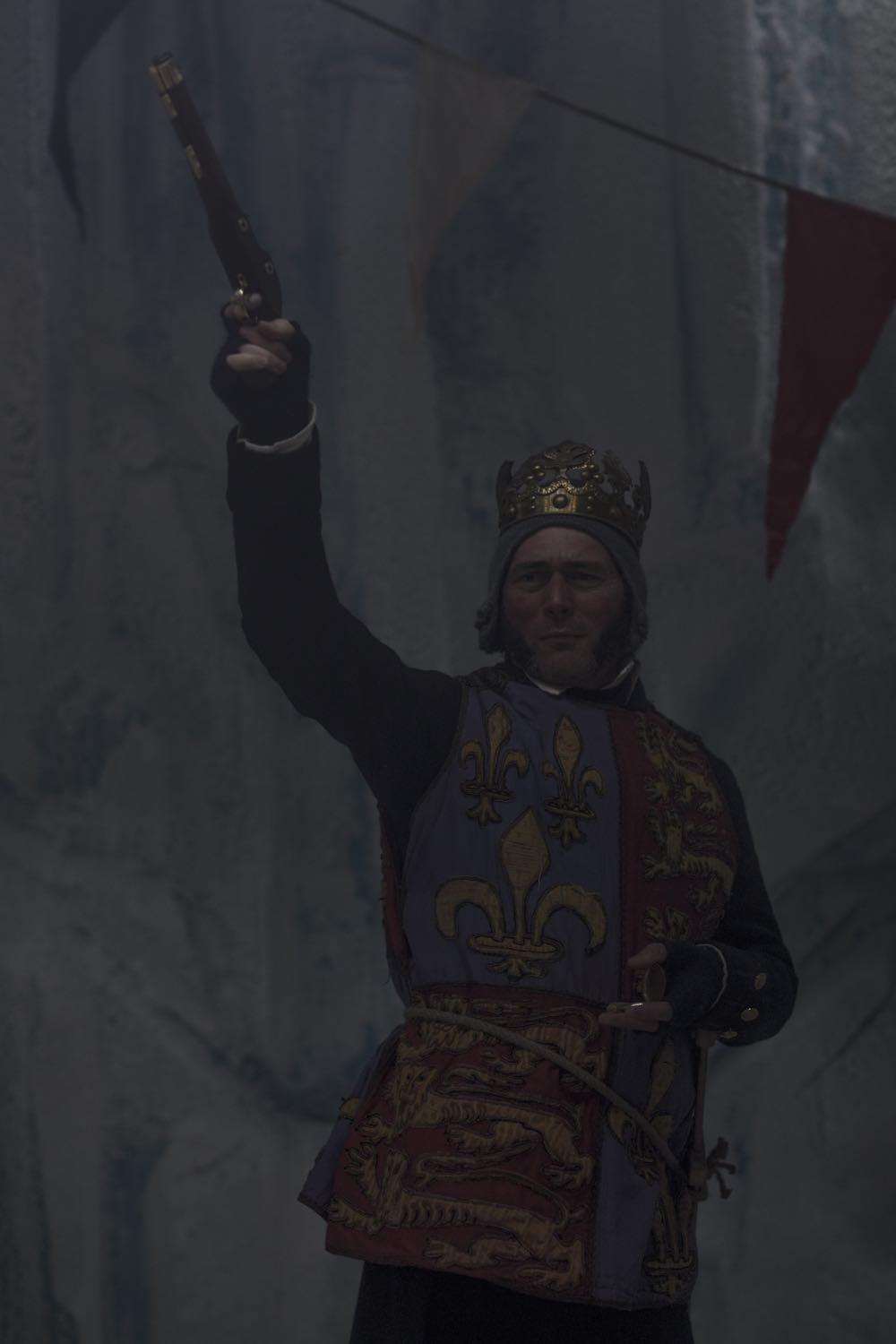 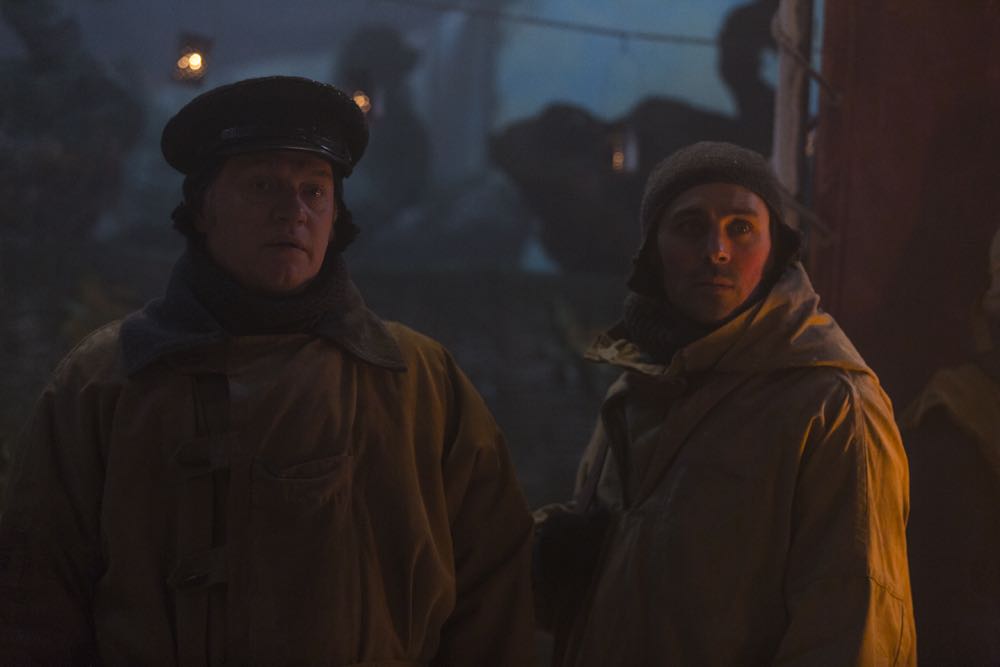