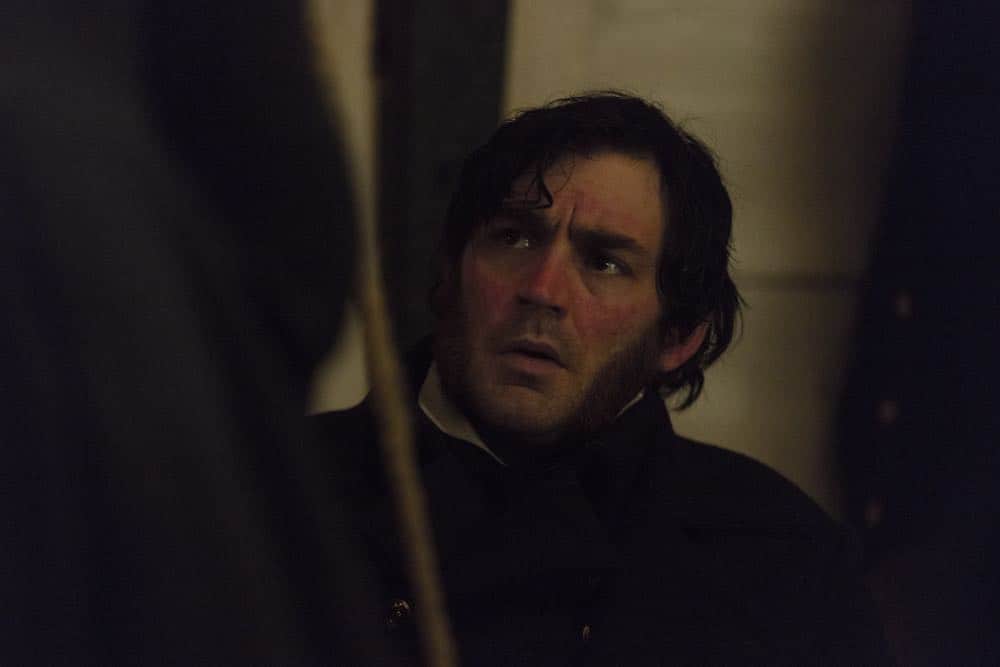 Plunged into the constant howling darkness of winter, with temperatures falling past fifty below, a strange illness begins to preoccupy the expedition’s doctors while another, more familiar one jeopardizes the expedition’s most valuable resource–its captain’s judgment. THE TERROR Season 1 Episode 5 Photos First Shot A Winner Lads.