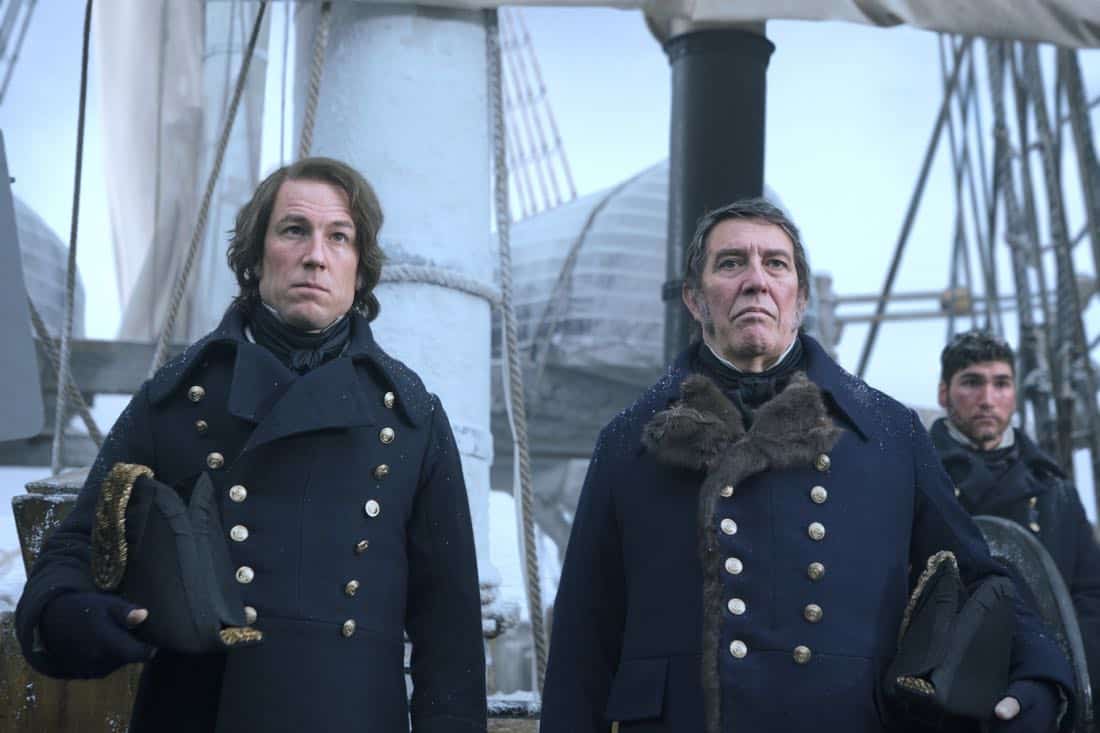 An accident at sea cripples a Royal Navy expedition 200 miles from finding the Northwest Passage, forcing its captains to make dire choices. THE TERROR Season 1 Episode 1 Photos Go For Broke.