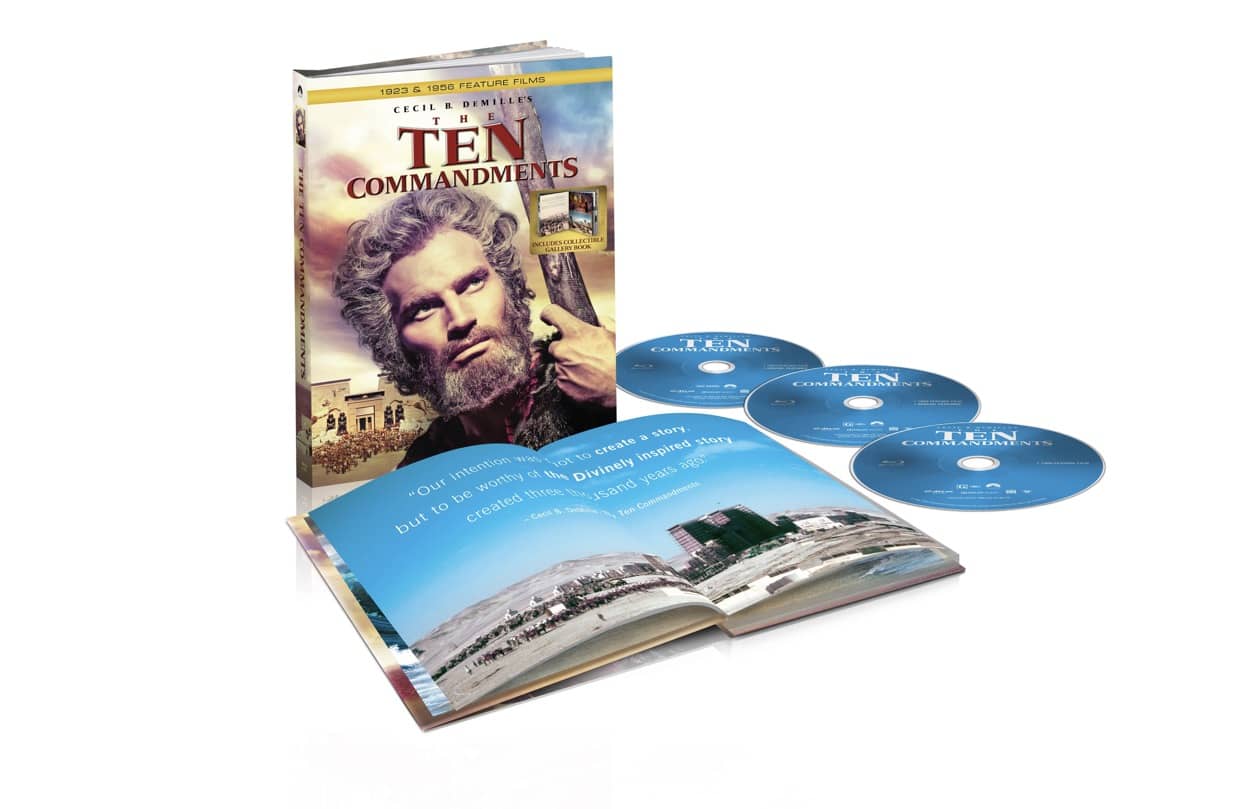 Seat42F and Paramount Home Media have teamed up to give three lucky winners a copy of the THE TEN COMMANDMENTS on Blu-ray Digibook.  For a chance to win send an email to contest@seat42f.com and tell us your favorite Charlton Heston movie. Only one entry per person. Contest ends March 17th. Winners will be notified on March 18th via email.

For sheer pageantry and spectacle, few motion pictures can claim to equal the splendor of renowned director Cecil B. DeMille’s 1956 epic THE TEN COMMANDMENTS. Arriving in time for Easter gift-giving, the beloved masterpiece will be presented in a new Blu-ray Digibook on March 10, 2020 from Paramount Home Entertainment.

This spectacular release features three Blu-ray Discs™ and includes not only the fully restored 1956 version of the film, but also DeMille’s original 1923 silent version, as well as a 16-page booklet featuring rare photos and historical facts about both productions. The set also includes an in-depth, 73-minute documentary entitled “The Ten Commandments: Making Miracles,” commentary on the 1956 film by Katherine Orrison, author of “Written in Stone: Making Cecil B. DeMille’s Epic, The Ten Commandments,” newsreel footage of the film’s New York premiere, theatrical trailers, hand-tinted footage of the Exodus and Parting of the Red Sea sequence from the 1923 version, a two-color Technicolor segment, and photo galleries.

DeMille’s last motion picture made Charlton Heston a superstar and remains a cinematic triumph and perennial fan-favorite. Filmed in Egypt and the Sinai with one of the biggest sets ever constructed for a motion picture, THE TEN COMMANDMENTS tells the story of the life of Moses (Heston). Once favored in the Pharaoh’s (Yul Brynner) household, Moses turned his back on a privileged life to lead his people to freedom.