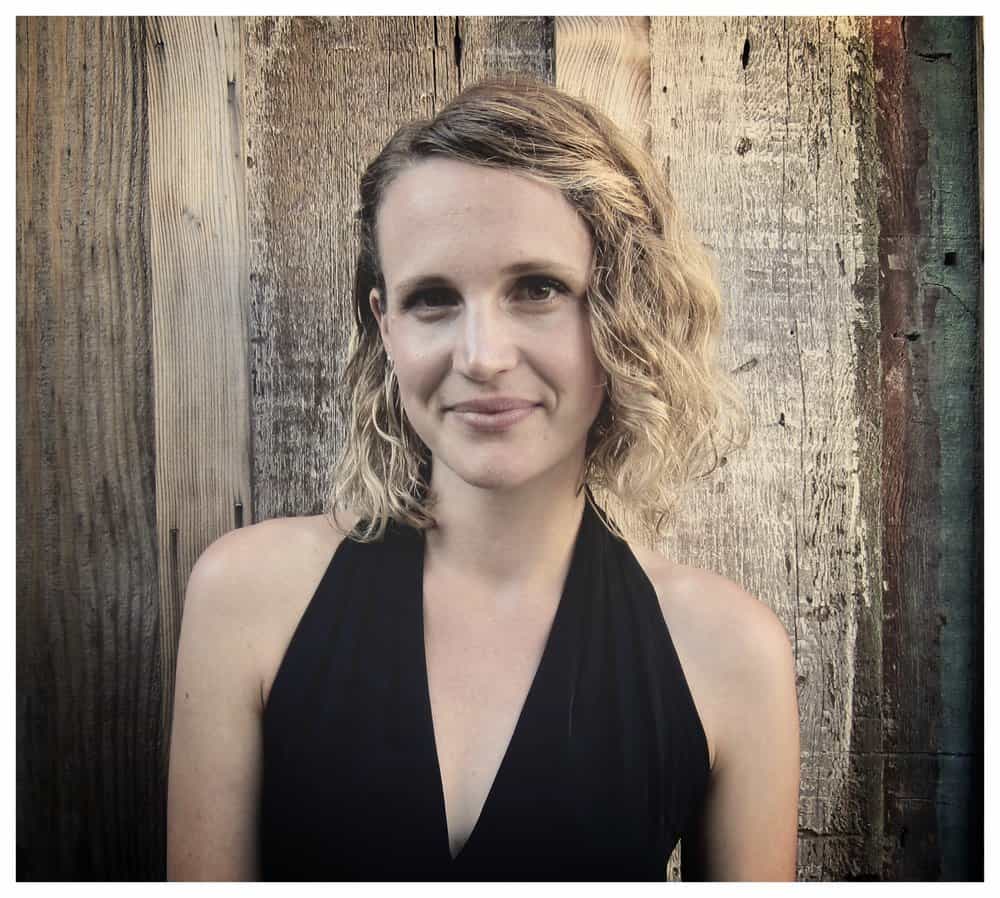 Making its premiere at this year’s Sundance Film Festival is the film “The Tale,” which explores a young woman’s remembrance of her first sexual encounter and how it shaped her life. For this challenging and sensitive subject matter, composer Ariel Marx brought her extraordinary musical talents. It required a deft and emotional connection to create a tapestry of sound that complimented the film and gave it a rich textured layer. In an exclusive interview, Ariel describes how she began her journey into composing for visual art and how she approached composing for a sensitive film such as “The Tale.”

What do you recall being the spark that pushed you into becoming a composer for the visual arts, like film?
ARIEL: I started playing many instruments at an early age, and composing naturally grew from this. I always had a love of storytelling — films, books, folklore, oral histories etc. For a while, I was exploring visual art — creating shadow boxes and animations — to be the backbones for the pieces I was writing. One day, a friend of mine told me my music would work well in a film, and that really resonated, and felt right — this was the perfect medium that allowed all my passions to come together.

What led to you getting your first opportunity to compose for a film?
ARIEL: As I was pursuing my Master’s in Music Composition at NYU’s Film Scoring program, I went to tons of screenings and met many filmmakers at the various film schools in New York City. These friendships and connections led to my first collaborations.

Looking back at your very first composing opportunity, what stood out for you from that experience?
ARIEL: I really loved that I was composing music with a purpose that served a story beyond my own imagination. It’s humbling to be a single cogwheel in the machine. My choices had to be deliberate and sensitive to the story and structure, and it was fascinating to know there was no correct approach — that the “right” music was subjective and something would grow from trial and error and trust between the director and the composer.

When you compose for a film, what instruments do you like to use or rely upon to create specific sounds?
ARIEL: One of my favorite stages of scoring a film is in the very beginning, when I am first creating the general palette — defining the parameters and instrumentation of the tone of the film. I play a lot of instruments, so I almost always contribute at least some live elements to my music. I try to make every score individual and inseparable from the film, and one way to do this is to constantly vary combinations of instrumentation, or to tweak or process familiar instruments to create new palettes. That being said, I almost always use strings. I am a string player, and there are so many different textures and emotions you can create with a single string instrument.

Were there any specific challenges that you encountered when you first began professionally composing for film?
ARIEL: I think the biggest challenge — which is also the most exciting part about film scoring — is the collaborative nature of it. You’re not just writing music that pleases you. It has to also serve the story, and serve it in a way that the rest of the creative team agrees with. It’s really like learning a new language or dialect. It involves a lot of experimentation, exploration, and communication. Ultimately, you end up with an aesthetic that is inseparably part of the DNA of the film.

Then what drew you to working on the film “The Tale”?
ARIEL: “The Tale” came into my life through a friend and previous collaborator, Reka Posta, who connected me with the director of “The Tale,” Jennifer Fox. It is an incredible film for a number of reasons — the content, cast, aesthetic treatment ,etc. Unfortunately, I cannot speak too much about it before it premieres, but it is a nuanced, powerful and honest portrayal of one woman’s relationship to memory, and I knew it would be an incredible undertaking to help tell this complex story with music.

What was your favorite part about composing for “The Tale”?
ARIEL: My favorite part was also the biggest challenge — finding a palette that had the flexibility to grow and change with the story. The film is really an investigation into the inner-workings of one woman’s memory, and we had to find the right instrumentation and tone that told enough, but not too little — that was malleable and fluid and could bend and transform based on perspective.

Do you have any type of favorite scenes that you can share that are cool or were fun to compose for in “The Tale”?
ARIEL: There are many scenes that deal directly with memory, and memory transformation. As memories are modular and unique motors unto themselves, the score has an aesthetic of many different threads and layers. It was really interesting to play around with altering the presence of different layers — for instance, when electronics engulfed acoustic elements, or when acoustic elements were processed to become unrecognizable, transformed — and how this translated emotionally.

What instruments did you use to evoke feelings in the intense emotional scenes as portrayed in “The Tale”?
ARIEL: The aesthetic of the score is small and intimate— the music had to be subtle — not neutral, but complex. I used mainly strings, piano, various guitars, and electronics. It became a matter of dialing in the presence of each of these elements. A melody played on one instruments has a very different emotional impact than the other. Likewise, if a theme is iterated with a large or small ensemble — these combinations have different impacts. After we established the palette, I attached certain combinations of instruments and motifs to certain characters and themes in the film — creating a language, a set of codes. Once connections and familiarities are built, altering, evolving them slightly can have a strong emotional impact. I mainly tried to evoke emotionality through subtle changes and disturbances in familiar patterns and instrumentation.

How does it feel to complete a project that viewers really respond to?
ARIEL: It’s pretty incredible to be a part of a project that is resonating with so many people, even before its premiere. The variety of supporters and creatives that have contributed to the film is really testament to how strongly people believe this story should be told. I really am humbled to have contributed my part to this.

At this stage of your career, what do you think you have learned from the amazing variety of projects you have worked on?
ARIEL: I love that each project I have worked on has had its own set of challenges. I’ve developed my own voice by being asked to explore lots of different aesthetics, and to challenge what I’m used to or comfortable with. It’s exciting to be asked to explore new genres, or to be given limitations. It’s all about finding solutions that still have your artistic integrity.

What has surprised you most about your career so far?
ARIEL: Perhaps it is not surprising because it is well-known that this industry is unpredictable, but I love that opportunities and collaborations often come in unexpected ways. The best advice I ever got was to focus on creating my own voice, and finding kindred collaborators. This has always inspired me, because there is no pre-fabricated way in.

Are there any cool perks of where you are in your career right now?
ARIEL: I’m really excited to be in this industry at this time. There is so much high-quality content being developed on so many different platforms, with room for new and talented voices behind and in front of the camera.

Do any of your projects ever leave a lasting impression on you? Like what?
ARIEL: Sometimes the timeline to complete the score is very condensed, and I have to be so intensely focused and creative that I don’t always realize right away how much the film stays with me. Certain triggers will remind me of certain projects or characters — scenery, words, mannerisms. I become invested in the projects I work on, and really fall in love with the characters of these films. They become fond memories of people I feel like I once knew. After the project is complete, and some time has passed, it is always great to go back and revisit and appreciate film more objectively. I can’t wait to see “The Tale” at Sundance and experience it as an audience member.

Has there been any great advice you have gotten in working as a composer?
ARIEL: I’ve been very fortunate to have generous and wise composer mentors coaching me along the way. I think the greatest takeaways that have helped me are: you never know what connection will lead to the next opportunity, so you have no choice but to master your own voice and skills. Basically, work hard, find your kindred collaborators, be open.

What advice would you offer to other upcoming and aspiring visual arts composers?
ARIEL: I would say the very same as my mentors have given me. Most importantly, be open to anything that comes your way, and to being challenged and pushed.

As a female composer, what challenges do you face that perhaps your male counterparts may not face?
ARIEL: In all honesty, I have never felt disadvantaged. I have worked hard to create my own voice, and to be versatile and well-rounded. I’m certainly still evolving as a composer, and I always will be. I’ve had wonderful collaborative experiences with both men and women, and I really have felt great respect and support as a composer, who also happens to be a woman. The reality is, there are just very few of us, and people are starting to think more critically about representation in front of and behind the camera. There is heightened awareness and support for more diverse representation in the stories that are told, and the people who help tell them — It’s an exciting time to be in this industry.

Do you have any other upcoming projects that you can share that fans should keep an eye out for?
ARIEL: I have a couple other features on the horizon which I can’t speak about just yet, but am very excited, and looking forward to!

To hear Ariel’s delicate and eloquent music which is sure to haunt your soul, be sure to check out “The Tale” which will be premiere at Sundance Film Festival and then will be released in movie theaters on January 20, 2018. “The Tale” stars Laura Dern, Jason Ritter, John Heard, Elizabeth Debicki, Ellen Burstyn, Common and Frances Conroy as characters whose lives are intertwined as a woman explores her memories of the past.

Ariel’s composition entitled “In Her Skin”:

More about “The Tale”:

Then to read more about Ariel’s work, check out the feature “The Beautiful Music Of The Tale”:
https://theaudiospotlight.com/beautiful-music-tale-interview-ariel-marx/