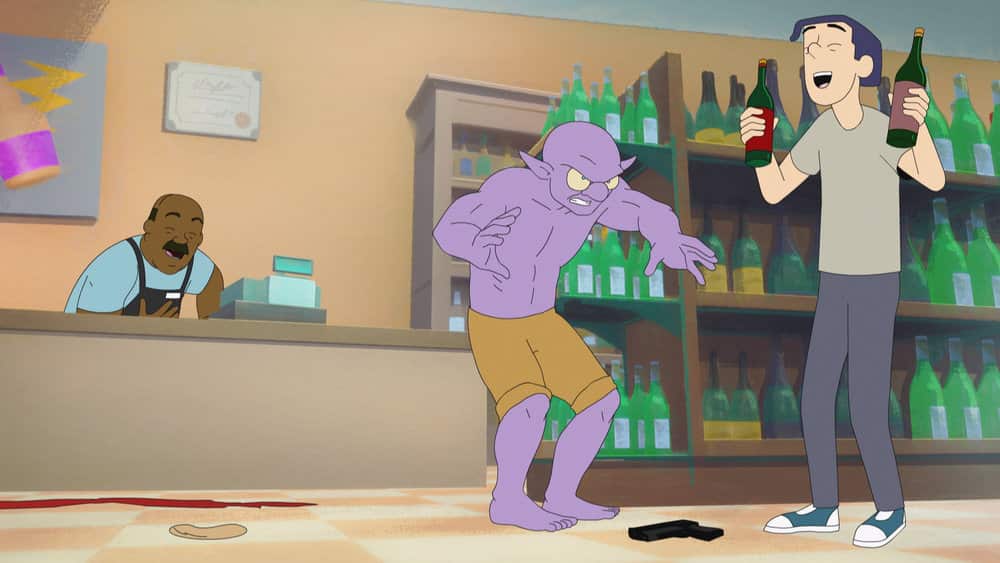 Check out the promo pictures from the series premiere of The Summoner Season 1 Episode House Party. In Ep. 101 “House Party,” Rory and The Summoner try to impress their new neighbor by throwing a non-lame party.

In “The Summoner,” Rory (Charlie Hankin), in his 20’s and living on his own for the first time, has found himself in a small two-bedroom with the Summoner (Hankin), a magical alien with the power to summon any object to his present location. Also starring Cree Summers.

“The Summoner” is created by Charlie Hankin and produced by Stoopid Buddy Stoodios.

The Pole and The Summoner premiere back to back today, Wednesday, March 17 starting at 11:15pm on SYFY.