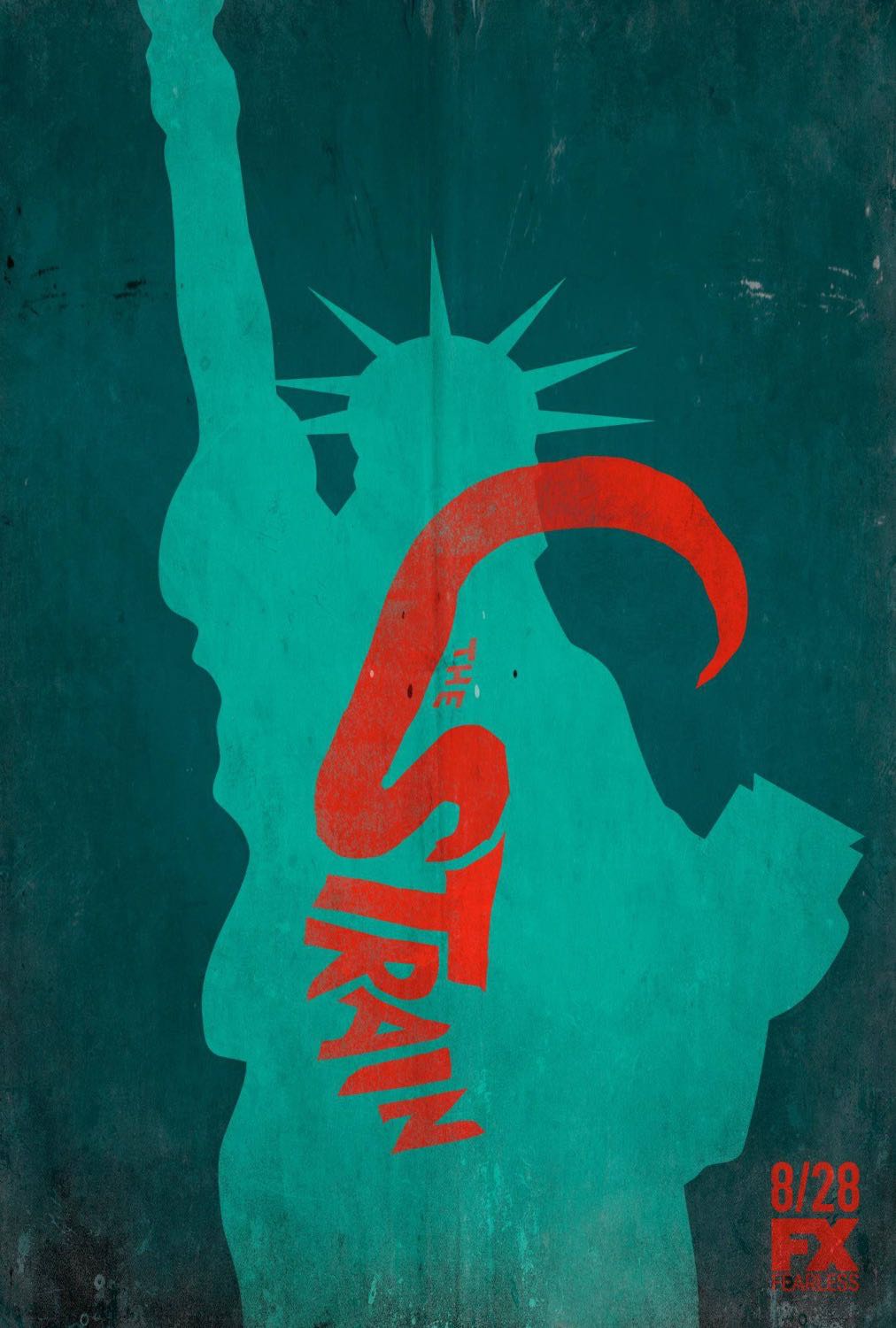 The Strain will return for a fourth and final season in Summer 2017, as Carlton Cuse, Guillermo del Toro and Chuck Hogan bring the thriller to its climatic conclusion, it was announced today by Nick Grad and Eric Schrier, Presidents of Original Programming, FX Networks and FX Productions.

“We sincerely thank Carlton Cuse, Guillermo del Toro, Chuck Hogan and their creative team as well as the fantastic cast for three exciting seasons of The Strain,” said Grad. “Though we’re sad to see it go, we fully support the way in which they are crafting the fourth season’s dramatic conclusion.”

“It is a true joy to work at FX where creative intentions always comes first,” said Cuse. “Our original plan was for the series to last three years. Once we began telling that story it expanded to be more. After finishing the writing on season three, Guillermo, Chuck and I looked at our remaining story and felt the best version could be told in one more season. We have a fantastic plan for an exciting and climatic season four. We are deeply grateful to FX for supporting our vision and for allowing us to end the show on our own timetable.”

Currently airing its third season on FX, The Strain has the very survival of humanity at stake. New York City is a battleground. Written off by the federal government, the people of New York are on their own in the ultimate showdown between humans and strigoi. Our heroes win victories, but are not winning the war. Beset by personal conflicts – betrayal, disappointment, paranoia – our group is splintering… Meanwhile, the Master is close to executing an irreversible transformation of the world. Is there still hope to save the city and humanity? The series stars Corey Stoll, David Bradley, Kevin Durand, Jonathan Hyde, Richard Sammel, Natalie Brown, Miguel Gomez, Max Charles, Ruta Gedmintas, Rupert Penry-Jones, Samantha Mathis and Joaquín Cosío.

In “The Battle of Central Park,” which airs this Sunday, October 2 at 10 PM ET/PT, Fet strikes hard at the heart of the strigoi army while Justine embarks upon a risky mission to drive the strigoi out of Manhattan once and for all. Gus and Angel fight for their lives and their freedom but are faced with a moral dilemma. The episode was written by Bradley Thompson & David Weddle and directed by Deran Sarafian.

FX Networks Announces FXhibition With AHS, THE STRAIN And ARCHER At SDCC

THE STRAIN Sets Premiere Date For Fourth And Final Season