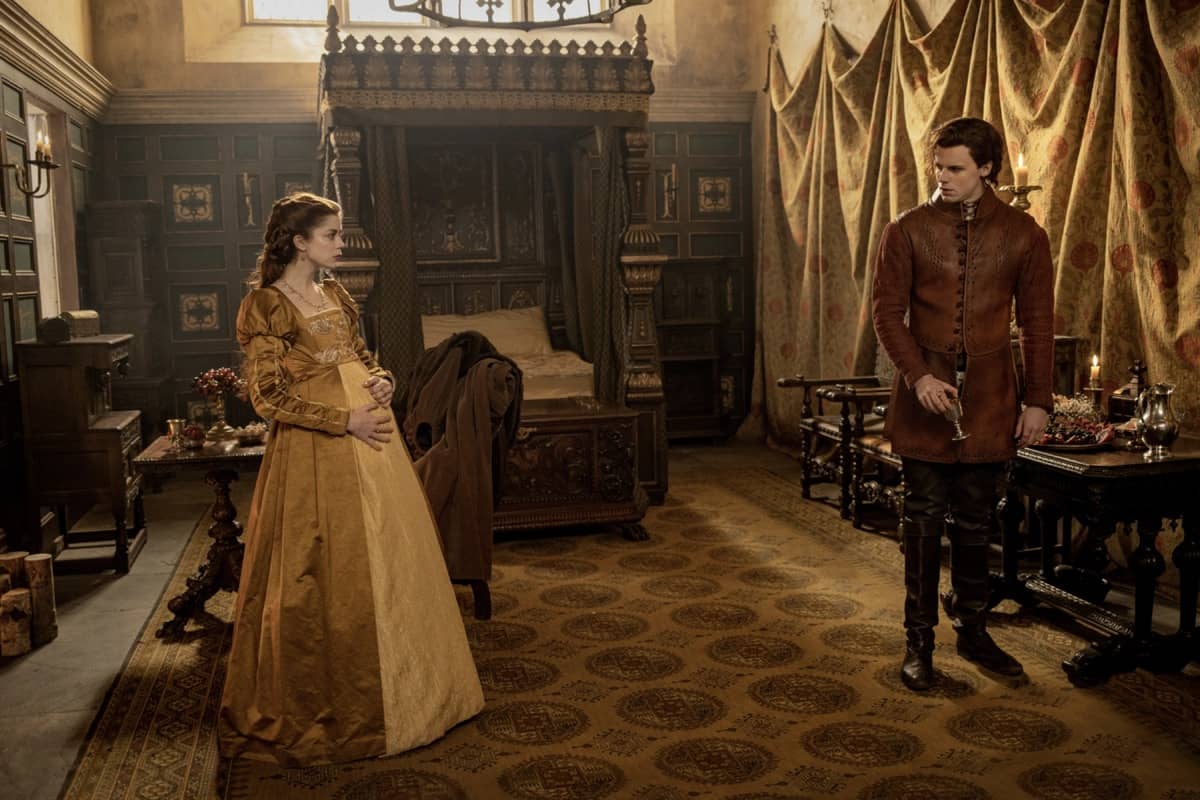 THE SPANISH PRINCESS SEASON 2 Episode 4 Photos The Other Woman – As Meg jeopardizes everything for love, a pregnant Catherine wrestles with the sickening suspicion that Henry is being unfaithful.

“The Spanish Princess” series return continues the story of Queen Catherine (Charlotte Hope) and Henry VIII (Ruairi O’Connor). Presiding over the most glamorous court in Europe and beloved by their people, together they create an England that is proud, confident and strong enough to withstand threat from abroad. Catherine’s struggle to produce an heir places her marriage and position in the court at risk, and she is haunted by her choices from the past. Despite proving herself a politician, a diplomat, a national inspiration and even a military commander, Catherine must battle to save her love with the King, and to preserve the peace and prosperity of their reign. The STARZ Original Limited Series “The Spanish Princess” is the second installment of the limited series follow-up to the Golden Globe® and Emmy® award-nominated STARZ Original Miniseries “The White Queen” and the critically acclaimed STARZ Original Limited Series “The White Princess.” Produced by Playground and All3 Media’s New Pictures, the 8-episode drama is drawn from the global best-selling novels, The Constant Princess and The King’s Curse, written by Philippa Gregory.