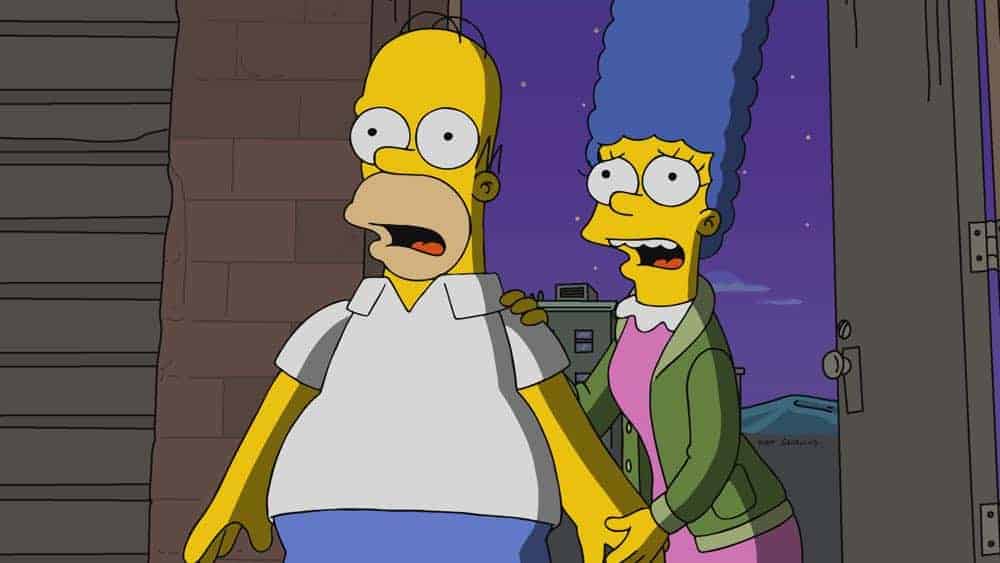 Homer and Marge follow Moe after the bar closes early and discover him and his father fighting. The Simpsons, after finding out that Moe has been excommunicated from his family for years, attempt to bring them back together in the all-new “King Leer” episode of THE SIMPSONS airing Sunday, April 15 (8:00-8:30 PM ET/PT). (SI-2910) (TV-PG L, V) THE SIMPSONS Season 29 Episode 16 Photos King Leer.